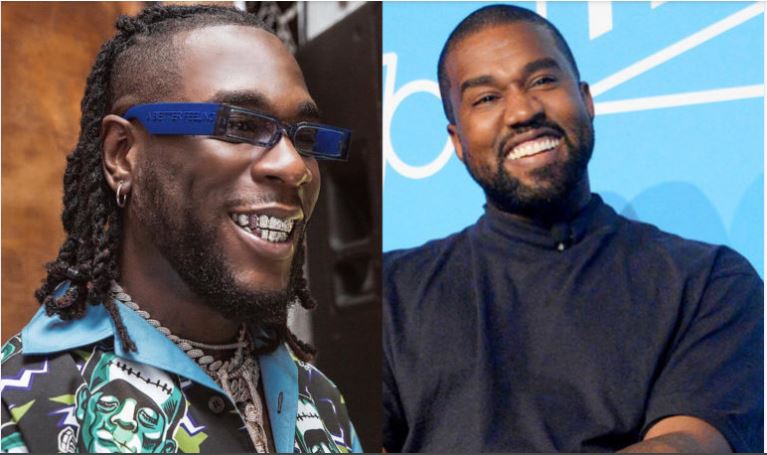 Grammy nominee, Burna Boy finally met American rapper, Kanye West and it’s safe to say a collaboration might be hitting our way very soon.
Kanye West’s album “Ye” released in 2018 caused some confusion among fans. As they searched for the album on streaming platforms, they stumbled upon Burna Boy’s “Ye” off of his early 2018 album “Outside”. After listening to the track, fans most especially the foreigners proceeded to listen to Burna’s entire album and they were not disappointed. This caused Burna’s numbers to rise and the singer in return thanked the rapper.

In a recent video shared by the singer via his Instagram story, he was out with his team at the rapper’s Yezzy’s fashion show in Paris and eventually met the Kanye. Both singers quickly hugged after recognizing each other and after a while got engrossed in a conversation. Nigerians after seeing the now-viral video have now put their hopes on collaboration from the two which might be the biggest collaboration to come out of Africa.

What do you think of a Kanye X Burna Collab?

See the videos below: