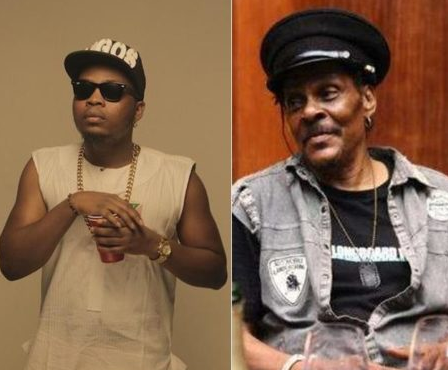 The manager to Nigerian veteran singer, Majek Fashek has revealed how Olamide assisted the singer financially when he was sick. In a recent interview

The manager to Nigerian veteran singer, Majek Fashek has revealed how Olamide assisted the singer financially when he was sick.
In a recent interview, his manger, Umenka Uzoma revealed that Olamide was the only artiste that reached out to him when Majek was sick. According to him, Olamide paid the medical bills and made him vow to keep it a secret.

“He called me up in England and he said, Bros, sorry oh, I wan support Baba, don’t discuss this with anybody and he said I must not mention this. He is the only person that supported.”

He went on to say that other artistes came forward but he refused because of controversies. “calm down and wait for Majek to come back. I decided to stop some of them because when money comes in, so many controversies arise, people you don’t know from any corner start raising some dirty voices,”

He, however, refused to speak on the singer’s current health explaining that the singer’s family wants it to remain a private matter. “It is a private matter right now and his family is handling it. You don’t want to wash you dirty linen in public. He is not in the hospital though, I am communicating with his son.”

Loading...
Newer Post
“Zlatan & His Gang Set Me Up & Left Me Severely Injured – Singer, Vico Cries Out
Older Post
Davido Shares A Message About The Rumours “Ifeanyi Is Not His Child”