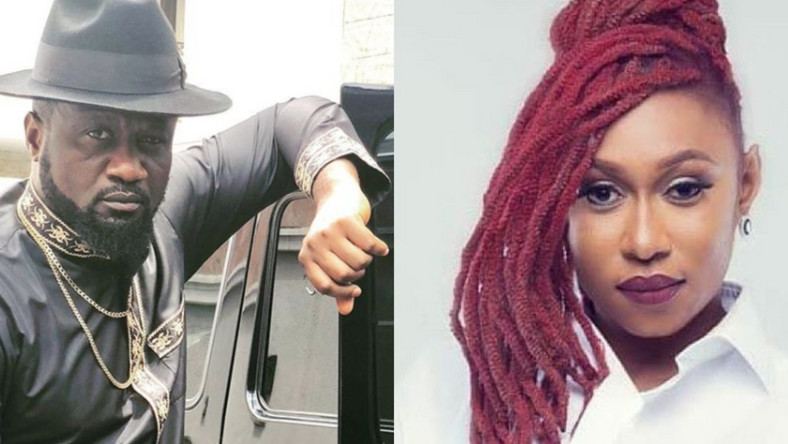 Sensational singer, Cynthia Morgan has been dragged by Nigerians for lying after her contract with Jude Okoye was shared online.
Barely 24 hours ago, Cynthia Morgan shattered the internet with the story of how her former record label boss, Jude Okoye ruined her career. According to her, he stopped her from using her name after she left the record label, locked her out of her VEVO & Instagram account, and also stopped her from getting royalties.

However, Jude Okoye fired back revealing that she owes him over 40 million naira which he never recovered and even went as far as buying a piece of land for her mother and a brand new range rover. In a bid to refute her claims, Joy Tongo, who happens to be her former manager, released a copy of the contract she signed when she was still in the record label. In the contract which was a 360 deal, funds generated from her music were to be split 50/50.

Nigerian who showed her sympathy and even set up a GoFundMe Account to kickstart her comeback have lambasted her for lying about her ordeal. Nigerian Twitter most especially has blown up as fans are totally disappointed in her. Here are some of the epic reactions below:

When you open twitter and see so Cynthia Morgan lied ?
But you already donated your last 1k to her GoFund me account😏 pic.twitter.com/V9JsJk71J8

So Cynthia Morgan actually used y'all to catch cruise?

Well, i wasn't wondering tho! cos the easiest way to get Nigerians' attention is to tell a plain lies story. So pathetic😥

I knew something was fishy on God, the girl just looks like someone you can't trust whatsoever. So what's with the emotions and ocean tears? 😂😂

And so many people came for me when i said the GoFundMe account was a bad idea. Pity Fc 😂😂

I will never take anyone serious on the internet.

So I was just wasting my time pic.twitter.com/qVammYuWCK

So Cynthia Morgan came here without makeup, lied to us like we were primary school kids, and we all rushed to assembly and dragged Jude Okoye. Let's forget all these self, shey Davido still has that anthem for her, or we should just proceed to "I pledge to Nigeria my country…"? pic.twitter.com/N5JXpakSJx

Twitter people going to tweet about so Cynthia Morgan trend without even reading a line from the contract pic.twitter.com/8GWukhiQFU