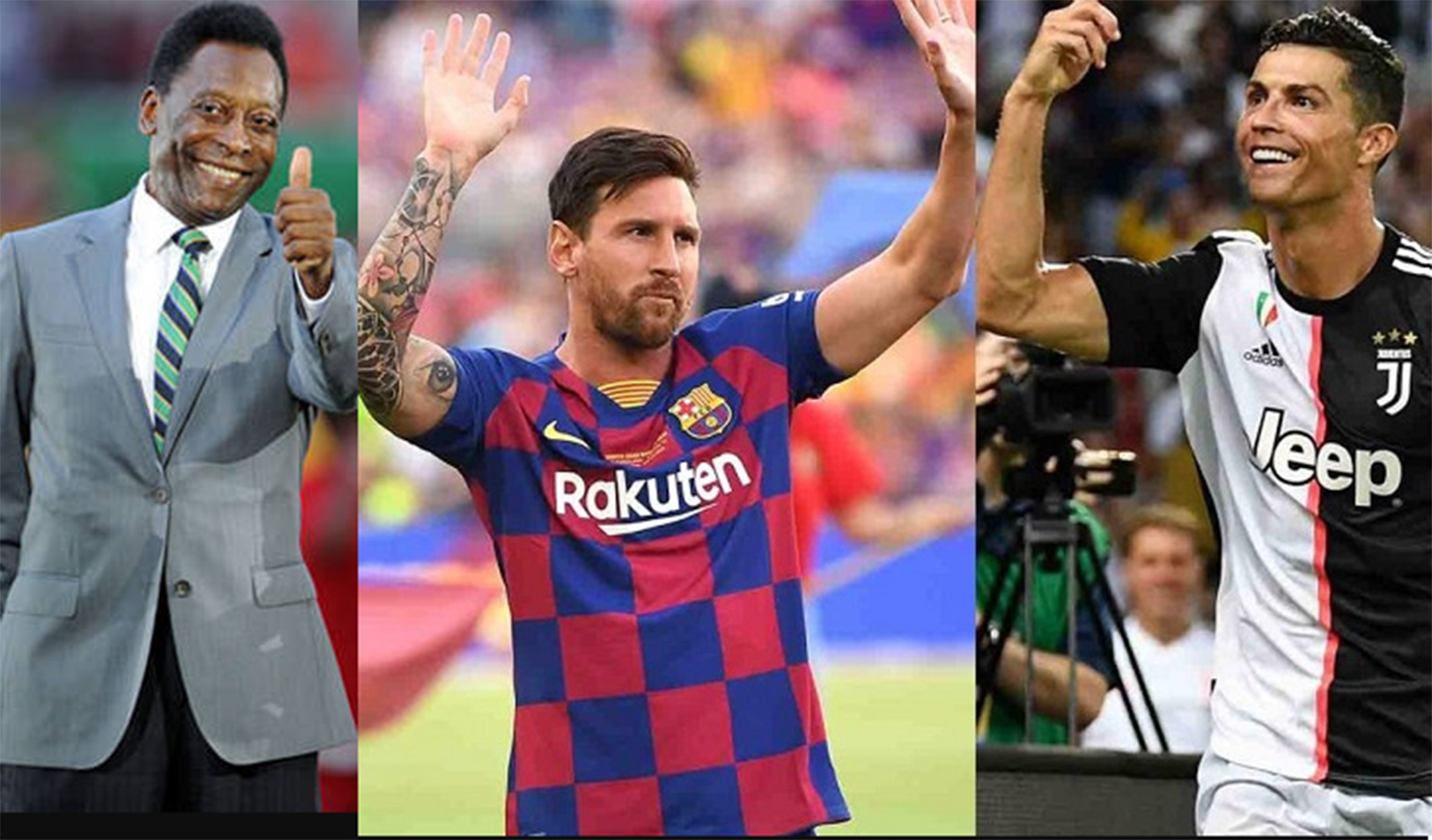 Brazil legend, Pele has declared himself football’s greatest-ever player ahead of Cristiano Ronaldo and his arch-rival Lionel Messi.

The 79-year-old, who is a three-time World Cup winner made the declaration as he gave his opinion about who is the current world’s best between Ronaldo and Messi, who both have 11 Ballon d’Or awards between them.

‘Today the best player in the world is Cristiano Ronaldo,’ he told YouTube channel Pilhado.

‘I think he’s the best, because he’s more consistent, but you can’t forget about [Lionel] Messi, of course, but he’s not a striker.’

When asked who is the best to have played the beautiful game, Pele mentioned himself.

‘It is a question that is difficult to answer,’ he replied ‘We cannot forget about Zico, Ronaldinho and Ronaldo.

‘And in Europe, Franz Beckenbauer and Johan Cruyff. Now, it’s not my fault, but I think Pele was better than them all.’

Last week, Pele denied claims that he is struggling to come to terms with his mobility problems after undergoing a hip operation after his son Edinho told TV Globo last month that his father was ’embarrassed’ to leave home due to his hip issues, which causes ‘a certain depression’.