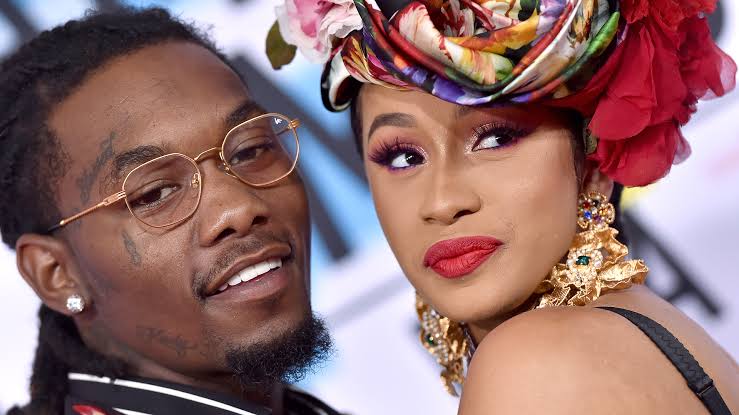 American rap superstar, Cardi B, has continued with the ‘process’ of relocating to Nigeria and wants her husband; Offset, to move with her as well.
The “Press” rapper took to her Twitter page last week to reveal she would be willing to relocate to Nigeria after the United States president; Donald Trump, created tensions in America with the order of a drone strike on Iran which killed their military general; Qassem Soleimani.

Cardi in the lead up to her relocation to Nigeria has now beckoned on Nigerians to help convince Offset to move with her to the motherland.

Convince him to move with me pic.twitter.com/faeAVMHQBe