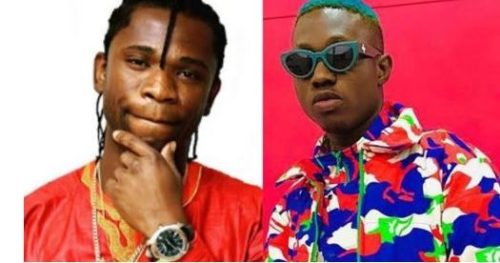 Zlatan Finally Responds To Speedarlington, Promises To Call Him Midnight And Also Give Him Over N200,000

Nigerian singer, Zlatan has revealed he would be gifting his brother Speeddarlingtion over N200,000.
The bromance was formed when Zlatan visited the US and linked up with Speed Darlington. He even went as far as giving him the latest iPhone worth over 600,000 as a gift. However, in a recent video, Speedarlington was seen trying to sell the phone saying Zlatan forgot about him.

The singer has responded saying he has been busy with his shows. He also promised to send him $600 and told to also keep the phone.

See their conversation below: