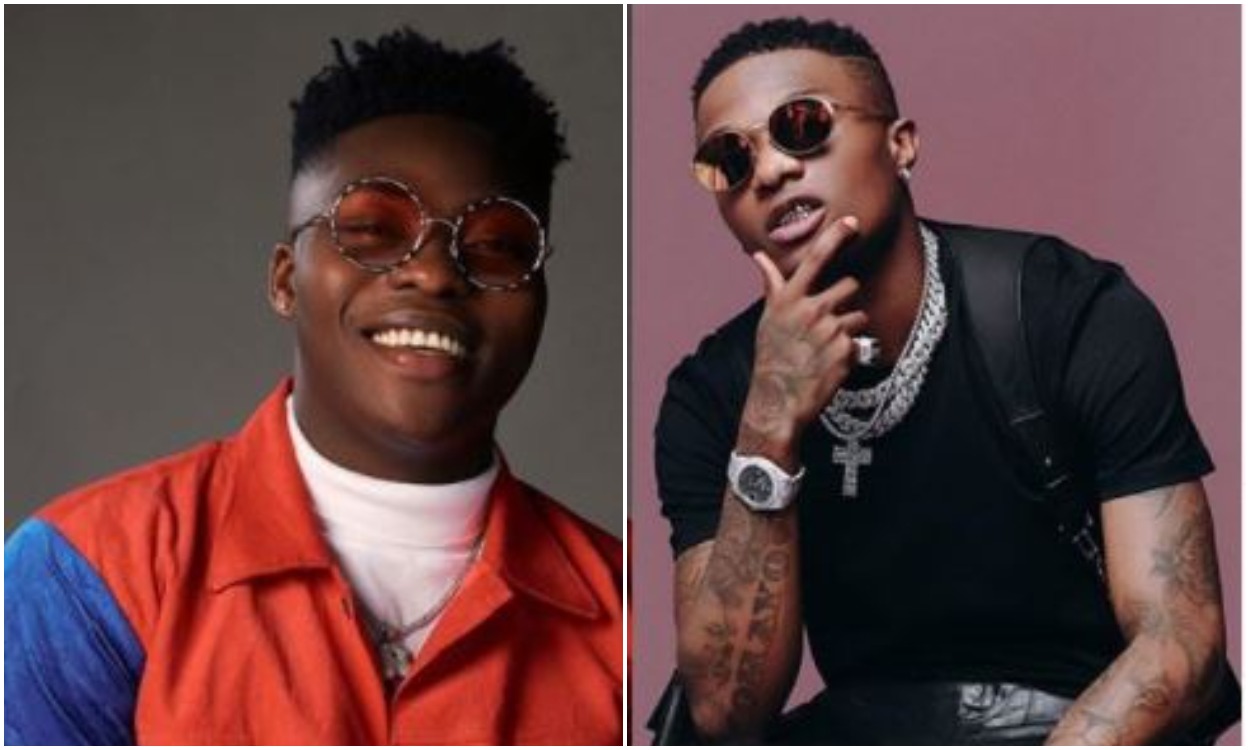 Starboy Wizkid has slammed Reekado Banks for announcing plans to release their collaboration amid the #EndSARS protests.
Reekado had taken to his social media pages to announce that he would be dropping a collaboration “Omo Olomo” with Wizkid by midnight today. He wrote: “Out of control, gbedu must drop. This one with my brother @wizkidayo “OMO OLOMO” midnight dropping Fire Still on the matter !!! #EndSWAT #EndSARS #EndPoliceBrutality”

Reacting to the tweet, an irate Wizkid commanded him to delete the tweet. Wizkid who postponed his “Made In Lagos” album due to the ongoing protests in the country appears to be baffled that the singer would try to release what he revealed to be an old song during trying times like this. He wrote: “Delete this dude ! Can’t believe you’re even doing this at a time like this. Old song ! #endsars fool!”

Delete this dude ! Can’t believe you’re even doing this at a time like this. Old song ! #endsars fool! https://t.co/3kFCrfjhAJ 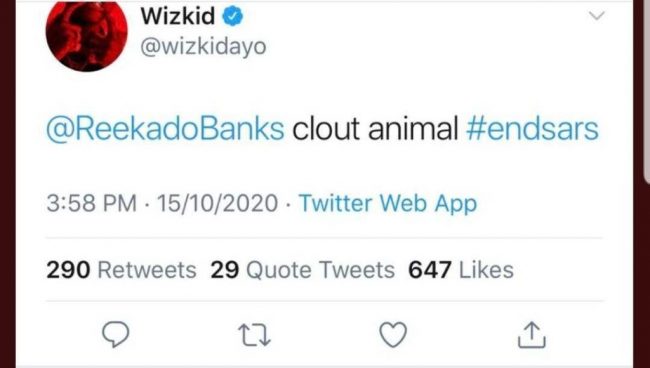