Watch Moment Speed Darlington Met His Music Rival; Vic O At A Club In Lagos, What Happened Next was Shocking! 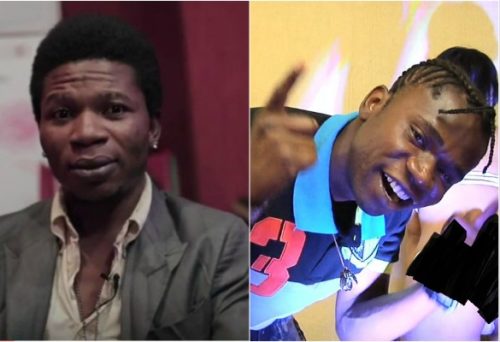 The cold war between Speed Darlington and Vic O is one that is very popular in the Nigerian music industry.
These two guys are the two famous comic musicians we know as Nigerians. They both put a lot of smiles in the faces of people with the hilarious contents and formation of their songs which made them a sought-after which then turned them to being arch-rivals. Ever since they became rivals, they have thrown shots at each other via their social media pages, claiming to be superior over each other.

However, the arrival of Speed Darlington to Nigeria after 17 years of being away seems to have called truce to their war. The two met at a night club yesterday in Lagos which made many think their ‘war’ could go physical, but people were surprised as they smiled at each other, hugging firmly and having conversations like real brothers.