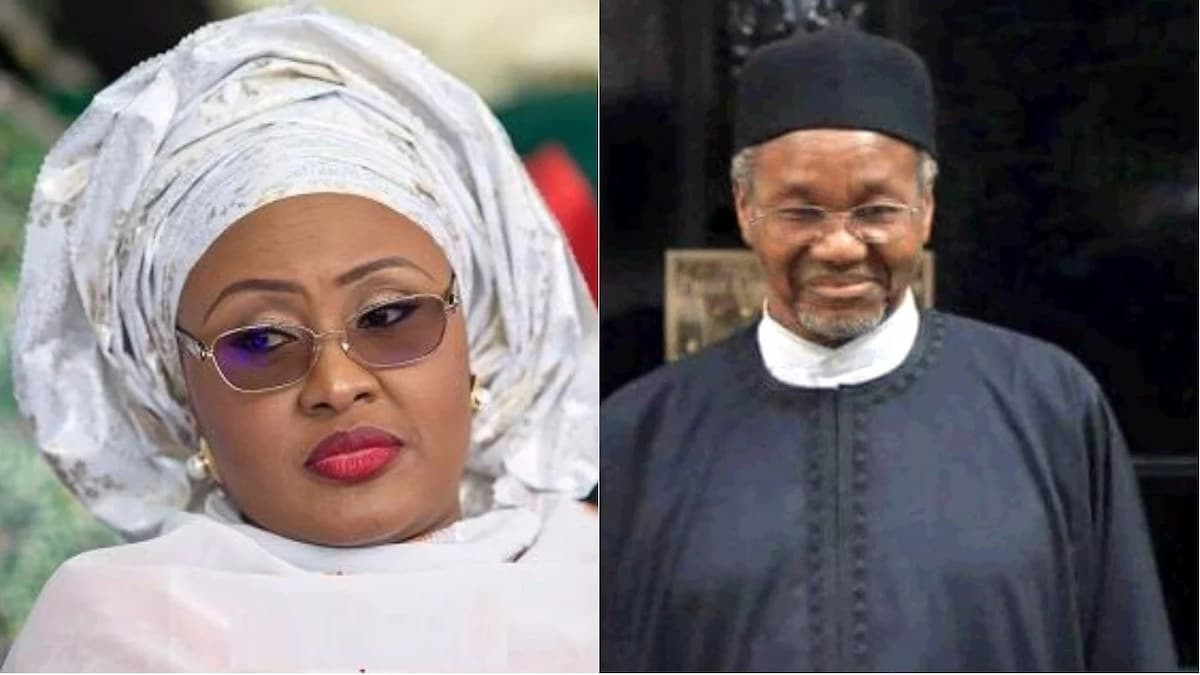 The PDP has reacted to the feud between the first lady, Aisha Buhari and the family members of Mamman Daura, President Buhari’s longtime friend.

The party in a statement released by its spokesperson, Kola Ologbondiyan, says the ”public fight” between the first lady and the Daura’s further ”underlines the managerial ineptitude and leadership failures of the Buhari Presidency”

Read the statement below

The Peoples Democratic Party (PDP) describes the dirty public fight between the First Lady, Aisha Buhari and President Muhammadu Buhari’s cousins, over rooms in the Presidential villa, as disgraceful and further underlines the managerial ineptitude and leadership failures of the Buhari Presidency

The party says the chaos in the Villa further exposes the Buhari Presidency’s poor management of issues and highlights why it has failed monumentally in delivering on any of its responsibilities in governance, thus leaving our dear nation in a shambolic situation in the last five years.

The feud further uncovers the impunity, disorderliness and vanity that pervade the Buhari Presidency and how the once serious and productive seat of power has been turned into a house of comedy and an overcrowded quarter for illegal occupants.

Nigerians can now see why it has become difficult for our nation to witness any stability or progress under the Buhari Presidency and why the Buhari-led Federal Government has been bedeviled by confusion, infighting, policy flip-flops, statutory violations, promotion of violence, ingrained corruption and administrative indolence while millions of Nigerians wallow in poverty and neglect.

Nigerians and the world can equally see why no one expects the Buhari Presidency to articulate any progressive idea or proffer and implement any solution to the myriad of economic and security problems it caused our nation; they can now see why there is no hope in sight and why compatriots are daily agitating for a new order.

Our party notes that our dear nation has suffered enough disgrace from the Buhari Presidency and the All Progressives Congress (APC). The PDP therefore charges President Buhari to immediately apologize to Nigerians for his failures and be ready to vacate office for more competent hands, since it has become obvious that he is leading our country to nowhere.

Furthermore, the PDP urges the National Assembly to investigate the alleged abuse of office by President Buhari following revelation that he assigns official facilities in the Presidential villa to unauthorized persons that have no official roles in governance, and apply appropriate sanctions.

The PDP also urges the National Assembly to sanitize the Presidential villa by probing allegations of illegal allotment of offices and apartments to unauthorized persons, including scammers and corruption fronts in Aso Rock.

The party however urges Nigerians to remain calm as such provocative and disgraceful developments will soon come to an end with the retrieval of our stolen mandate at the Supreme Court.

Loading...
Newer Post
Video: Nigerians spotted scooping fuel from a tanker that spilled its content in Lagos
Older Post
See Photo: deposits over N35 million to get 30BG jewelries for his gang members in US