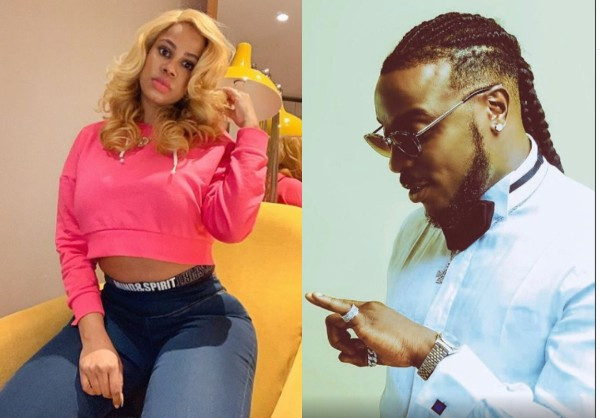 UK Based Singer, DaffyBlanco Accuses Peruzzi Of Rape After Stealing N15million From Her

UK fast rising singer, DaffyBlanco has accused Peruzzi of raping her after receiving 15 million naira from her.
Peruzzi is the news again and it’s for terrible reasons. The “Majesty” was accused of rape, assault, and theft. According to the lawyer turned singer, She was in dire need of a songwriter to give her hit songs. Peruzzi was recommended by the CEO of a bank on the island and she met up with him to discuss their contract. She eventually made a payment of 10million for him to commence work immediately.

However, things got out of hand when Peruzzi followed her back to her hotel. Upon seeing him, she felt he had followed her to start work immediately but he had other intentions. Peruzzi almost raped her and she had to fight him off but ended up getting a scar. Daffy also revealed that he called her to apologize for his actions and tried to settle things with the DMW lawyer(bobo) but he still wasn’t able to deliver her songs.

Daffy added that she has forgiven him but wants her songs delivered with immediate effect or else she would release videos of what went down at the hotel.