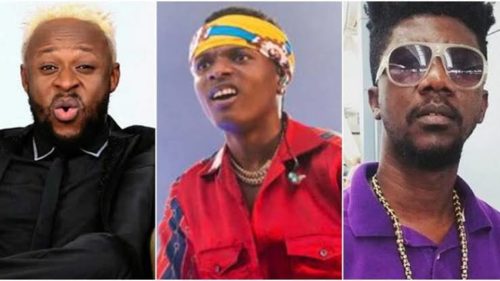 A legal battle is ensuing between Tetuila/Tic Tac and Wizkid.
After reports emanated from the Ghanaian press last week about Tic Tac’s decision to sue Wizkid for copyright imfringement on his song, “Fefenefe” with Tony Tetuila which was released about 15 years ago, many found it hard to believe as they felt it was just mere rumour.

However, veteran singer, Tony Tetuila has decided to put things straight and clear people’s notions that it is mere rumour by confirming himself and Tic Tac are truly suing Wizkid and DJ Tunez. The veteran singer took to his Instagram page to confirm the intended legal action. He has revealed they are suing Wizkid for the sum of 30 million naira and have been advised not to say more than that by their lawyers.

This decision by Tetuila is coming as a result of DJ Tunez’s song in which he featured Wizkid. The song contained lyrics from Tetuila and Tic Tac’s song which obviously wasn’t used under the blessings of their permission, hence, the reason they are heading to court.