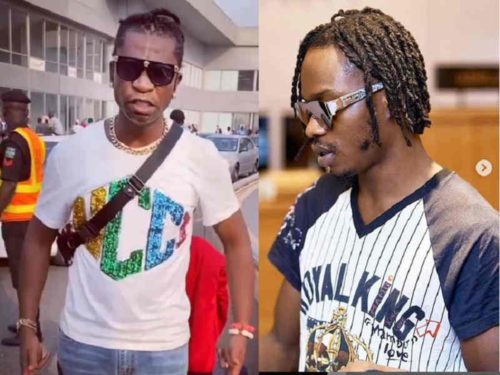 Speed Darlington Settles Beef With Naira Marley, Adopts Him As His First Son

Popular Nigerian singer, Speed Darlington has revealed that there is no beef between he and the “Soapy” singer.
Taking to his Instagram page, the singer shared a picture of he and the singer shaking hands and revealed that he and Naira have no beef as he considers him to be a son. He wrote: No beef between us but he still my son. I been on the scene before him and I have been dropping big booty music video since 2010 he’s my son.

Only thing is that I took for ever to go home he went home before me & dominated the radio that’s all, but I’m coming right back for the rest of the year radio is mine every penny I saved in America I will spend it all on radio. 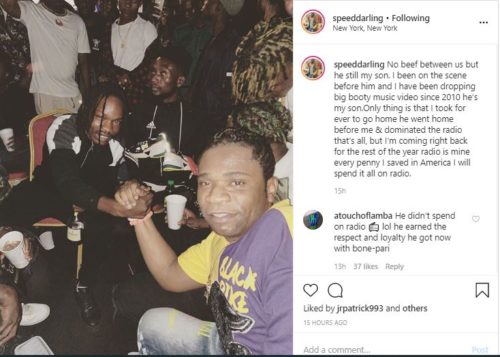