Photos: See the Jose Mourinho’s crazy celebration everyone is talking about after Fellaini’s dramatic injury-time goal for Man.U

Manchester United coach, Jose Mourinho, has got many talking online after he reacted in a wild way as Marouane Fellaini scored an injury-time goal aga

Manchester United coach, Jose Mourinho, has got many talking online after he reacted in a wild way as Marouane Fellaini scored an injury-time goal against Young Boys in their Champions League’s clash on Tuesday night.

The Portuguese coach who had grown frustrated with his team’s failure to score earlier wildly kicked a tray of drinks bottles before picking it up and smashing it to the ground.

He is likely to face UEFA action fine after he hurled a container of drinks bottles during his frenzied celebration. 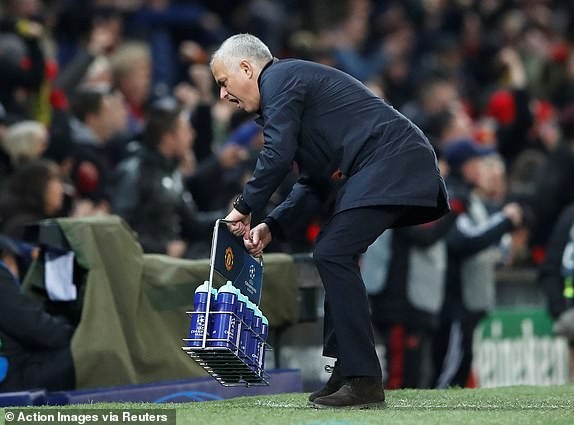 After the match, Mourinho addressed his wild celebration and slammed his critics saying: ‘I would invite those people to sit on the bench as managers. But I think maybe it’s better to have lots of holidays in Barbados and go to a television screen and touch the electronic dummies.’

When asked why he had launched the basket from above his head, he said:’Relief,’ before adding that ‘Frustration before that. I was not unhappy — I was frustrated we could not score.’ 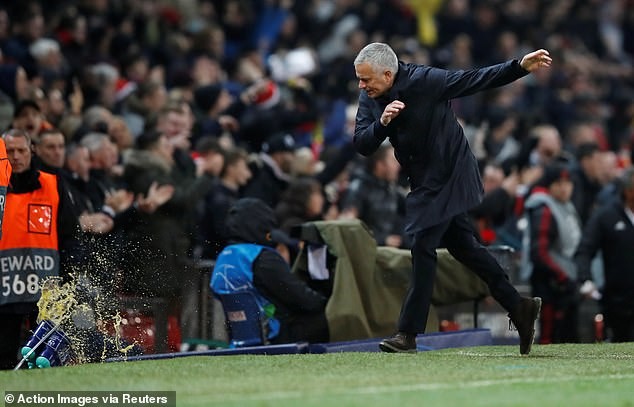 He also hit back at his critics who slammed Manchester United’s performance against Young Boys. 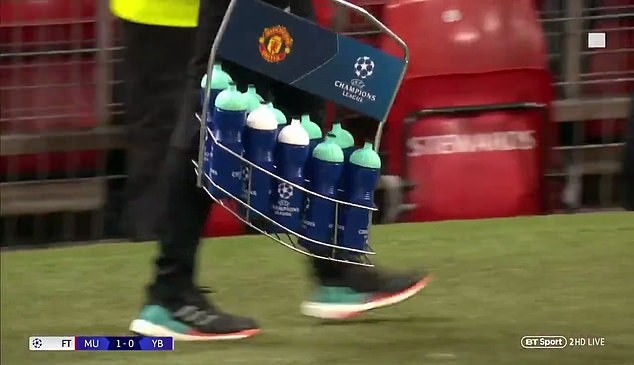