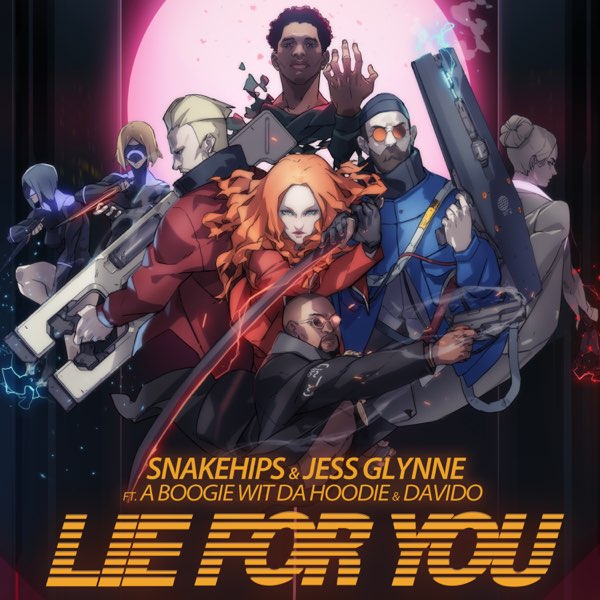 British music duo Snakehips & Jess Glynne teams up with American Rapper, A Boogie Wit Da Hoodie and African Pop star Davido to deliver this electron-dance tune “Lie For You”.
Snakehips & Jess Glynne – “Lie For You” featuring A Boogie Wit Da Hoodie and Davido. There are few electronic artists who can attest to having as big a cultural impact as Snakehips, the London duo comprised of Oliver Lee and James Carter.

Across their ten-year career, the boys have amassed hundreds of millions of streams and record sales, performed on the main stages of the world’s biggest festivals and cultivated a global following in the process. Much like a snake shedding its skin, the Snakehips sound continues to evolve, with each layer being peeled back to reveal another exciting chapter in the story. First making their mark on the early-2010s alt-R&B scene with a flurry of lauded releases, they have since shifted towards a more dancefloor-focused vibe, dropping club records and refusing to be pigeonholed by any one style or genre.

Moving into the new decade, Snakehips continue with their exploration into dance music while losing none of the pop energy that has characterised their journey so far. Recent single ‘Wavez’, a collaboration with fellow London artist TroyBoi, delivers a maelstrom of future garage, modern hip-hop and slick lyricism – proving yet again just how far ahead of the curve they are. It follows ‘Summer Fade’, last year’s shimmering, synth-led single that paved the way for their house-and-disco-influenced new sound.

“Lie For You” is their latest joint and it features A Boogie Wit Da Hoodie with Davido, Listen and Enjoy below…