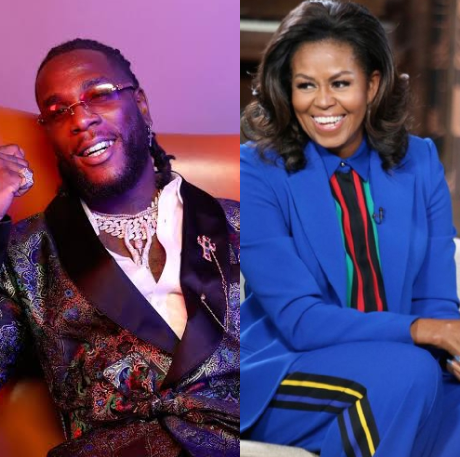 Just like her husband, former US first lady, Michelle Obama has declared her love for Nigerian Grammy nominee, Burna Boy.
Former American president, Barack Obama, and his wife, Michelle are said to be ardent lovers of music, art, and sports. Their taste, especially in music, is impeccable. Just last year, Barack released his top songs for the year and Burba Boy and Rema made the list and now it appears, his wife has taken a liking to the “Dangote” singer.

She took to her Twitter page to share a list of songs she listens to while working out to offer a little inspiration to people for the new year. Michelle listed the Burna Boy’s ‘My Money, My Baby’ song on her workout playlist for 2020. However, he was not the only Nigerian on the list as Tobe Nwigwe’s “I’m Dope” featuring David Michael Wyatt was also included.

She wrote, “It’s about that time when New Year’s resolutions get a bit harder to stick to. To offer a little inspiration, I want to share my go-to #WorkoutPlaylist with you. These songs always seem to give me that extra boost to get through my toughest workouts. What’s on your playlist?,” she wrote. 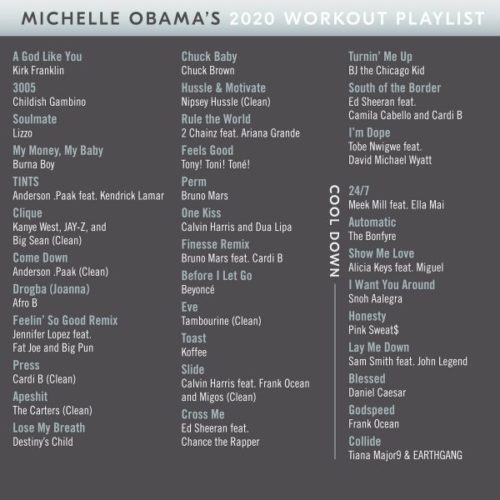