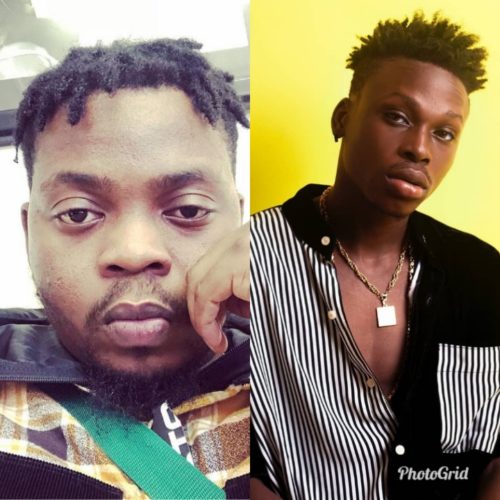 His Writing Skill Is Amazing, I Am Sure He is Older Than His Age – Olamide Showers Praises On Fireboy

After the very recent release of his debut album; “Laughter, tears & goosebumps,” FireboyDML has been getting a lot of accolades from every corner of the Nigerian music industry.
The album listeners have even up till this moment continued to shower him with praises for the amazing effort he put on the album. While many are giving him kudos for his vocal performance on the album, others are appreciating his outstanding song writing skill. The singer’s effort on the song has even led to his record label boss; Olamide, exercise shock regarding Fireboy’s song writing skill.

The “Pawon” singer has revealed he is so stunned by his song-writing skill to the extent that he is doubting if Fireboy is truly how old he claims to be. He took to Twitter to write; “Fireboy’s pen game is sick fire, how am I sure dude is not using football age #LTG”

Could the album be so good???