D’Banj’s endorsement deal with Heritage Bank has been reportedly suspended till further notice.
According to Olisa Tv, the singer has been stripped of his ambassadorial title by the popular Bank. The bank had signed him as their brand ambassador to commemorate his 40th Birthday last week. However, with the recent rape allegations leveled against him, the deal has been said to be cut off. 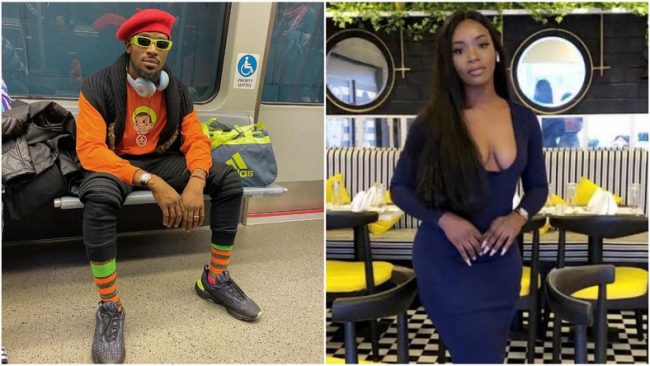 Thousands had taken to social media to petition that the singer be stripped of his role as an ambassador after he was said to have arrested and intimidated his accuser.

D'Banj's endorsement deal with Heritage Bank – Allegedly Suspended . . Information reaching us suggests that Heritage Bank has suspended it's endorsement with him till further notice due to the recent rape allegations made against Popular Nigerian singer and entertainer, Oladapo Daniel Oyebanjo popularly known as D’banj. . . Few weeks ago, a Nigerian model scout, Benjamin Ese, had alleged that Dbanj raped his friend on December 31, 2018, at a hotel in Victoria Island, Lagos. . . Although D'Banj has denied these allegations via his Instagram handle and even sued for N100M compensation, the beginning of his deal with Heritage Bank which came to him as a birthday gift seems to be coming to a halt. . . Source: Olisa.Tv

Loading...
Newer Post
Banky W Reacts To Reports That D’Banj Had His Rape Accuser, Seyitan Detained In Police Custody
Older Post
“Dbanj Does Not Have Talent, He Is Stupid To Have Left Don Jazzy” – Eedris Abdulkareem