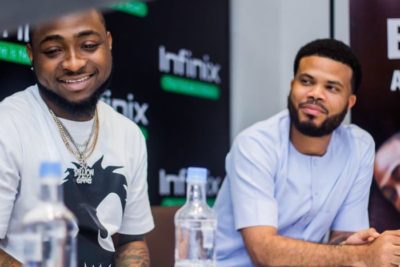 Davido’s manager, Asa Asika, has made a bold declaration about Davido’s next music video, touting it to be the greatest music video the Nigerian music industry would witness.
The light-skinned, reserved music guru, took to his Twitter page to give his thought just some hours back. He wrote; “Shooting the biggest video ever to be shot in Nigeria right now! Taking this thing to another level!”

Asa is perhaps talking about the video for the number 9 track on Davido’s “A Good Time” album, “Sweet In The Middle” which features Naira Marley, Zlatan and sweet-voiced Wurld. This tweet has successfully started to make fans anticipate the video more with creative director, Meji Alabi, being the one behind the directing.

We hope this video lives up to the hype!

Shooting the biggest video ever to be shot in Nigeria right now! Taking this thing to another level!