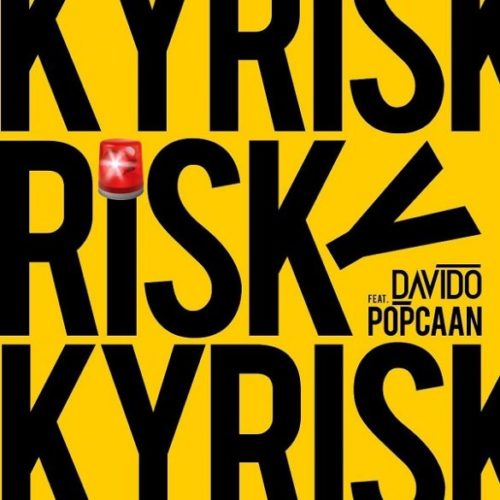 Sometimes i wonder why anyone would open their mouth to declare Davido as a talentless musician, or could there be another definition of talent i do n

Sometimes i wonder why anyone would open their mouth to declare Davido as a talentless musician, or could there be another definition of talent i do not know about? I’m seriously in the dark.
Talent is “natural aptitude,” talent is “skill,” talent is creativity, confidence, innovation, hard-work, relentlessness all embedded into one. Tell me any of these traits that doesn’t express itself gallantly in Davido and his records! As far as the history of Nigerian music is concerned, he is the singer with the most smash hits. When he makes music, the end product always has the mightiest and most contagious effect.

Since the last 8 years, unlike many Nigerian musicians, he gets better year after year and the most amusing thing is, he isn’t even showing no signs that there would be decline anytime soon. The superstar’s confidence is unrivalled, his love for team work can’t be contested, his penchant for progress, class-without-arrogance never isn’t on anyone’s level in the industry.

Could there be any Nigerian artiste who understands the music game than Davido? Absolutely not! There are times you would understand as a human or professional that consultations help to make a lot of things better, more effective and beautiful than how naturally they should have been no matter how extra-ordinarily talented you are, and he never fails to adopt this when need-be in his quest for making music, hence, the reason he makes really amazing records. The likes of “Dami Duro,” “Aye,” “Skelewu,” “Fia,” “Fall,” “If” and several others have ingenious touch and yet again, he takes that touch if not even a better one to the studio when he made his latest record, “Risky,” which already has become a smash hit record even without already existing for a week. ‘Madness’ isn’t it?

Well, the purpose of this write-up shouldn’t be jumped past or left for too long. The decision to review “Risky” took me a while to take and that’s because if i pour exactly how i feel about this song, It could be widely speculated that Davido is playing the third-party role in my quest for existing well as a human after the almighty and my family which i might find embarrasing (because he isn’t), lol!

The story around the birth of “Risky” is one that should be given Nollywood film makers an idea about centering a movie idea around making grace and finesse out of mockery, about being overly sensitive to establishing extravagance out of the stiffest opportunities, about turning your antagonists to your protagonists and many more moral lessons that could be squeezed out of the story.

I believe you remember Davido got on an interview with DJ whookid on Shade 45’s Sirius/XM Radio in the United States back in February of this year. In the interview he was asked to do what i believe is his greatest weak point, a freestyle and as expected it turned out to be horrendous. The freestyle immediately went viral with many people finding it to be a spark for sarcastic laugh, ridiculing of the singer and yet another chance to finally pick on him…

A couple of months after, Davido announced that he has made a proper song out of that terrible freestyle which would be an unavoidable dance propellant for everyone that mocked him as a result of the freestyle when it dropped. And fast-forward to the 24th of October, 2019, Davido’s claims turned out to be absoultely right! The song he made out of that weak, viral freestyle is “Risky” and so far so good, it’s looking likely to be the biggest song of 2019.

The Speroach produced song is one that comes with an “instant package.” “Instant package” in the sense that you get love struck and completely held ransome by the first thing that sounds from the record, you wouldn’t have to wait for a second listening or third before you declare your love for the record. It’s an absolute addiction. The vocal delivery of Davido is hundred on this record, the beat is almost near perfection, the mixing and mastering can’t be better and it would be risky not to love the story telling.

Davido didn’t work alone on “Risky” as he sought to add some spice and dynamism to the record, hence, his decision to feature Jamaican dance-hall superstar, Popcaan. The decision to feature Popcaan turns out to be a smart move as the sweet Carribean touch from the Unruly boss helped to elevate the sweetness in the song. “Risky” which is centred around gangster-love is one that would do amazingly well in the coming months and cure a lot of emotional sickness due to its bouncy beat and the vibrating elements added to the instrumental.

Conclusively, as we await the arrival of Davido’s album, “Risky” has done a job even the most professional ushers spread all-around the biggest events and churches in the world would only dream of doing. It has ushered in perfectly the perfect anticipation for his forthcoming album; “A Good Time” and has made it seem like it would be a “risky” thing not to join the wagon of anticipating lots. I wouldn’t want to take a risk… !!!

Loading...
Newer Post
Watch Davido Blow Mind Of US Rapper, Casanova, After Giving Him Sneakers Worth 1 Million On His Birthday
Older Post
Small Doctor Fights Dirty With Driver Who Bashed His 25 Million Naira Porsche In Lagos