Cristiano Ronaldo's family has broken their silence over his rape allegations by showing their support for the player on social media. This comes aft

Cristiano Ronaldo’s family has broken their silence over his rape allegations by showing their support for the player on social media.

This comes after Kathryn Mayorga, a former model turned teacher, accused the sportsman of raping her in a Vegas hotel suite back in 2009.

Ronaldo’s mother Maria Dolores and sister Katia Aveiro both posted pictures of Cristiano in a Superman cape with matching messages on Facebook and Instagram, vowing to seek ‘justice’.

Dolores wrote: ‘I want to see who has the courage to put this photo on their profile for a week and make a chain for him..for Portugal, for him, for us and for the union of our people, for justice. He deserves it.’ 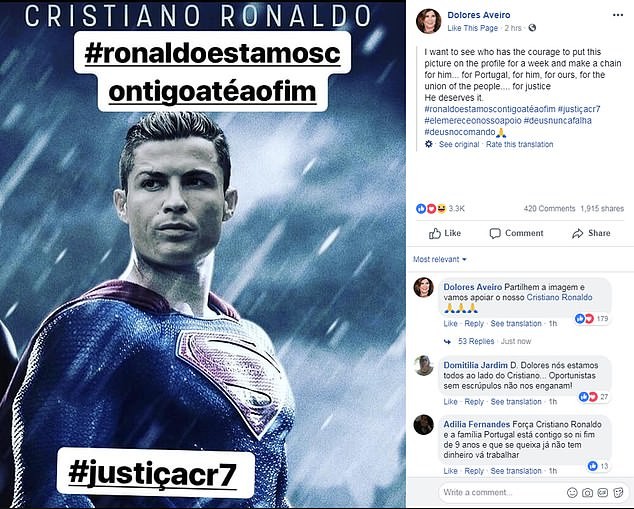 The picture of Ronaldo carried two hashtags in Portuguese. One translates as ‘#Ronaldo, we are with you to the end’ and the other – #Justicacr7 – as ‘#Justice for CR7.’

Katia’s wrote in her message: ‘I support Cristiano. This seems like a trap because there are things that don’t make sense.’

Mother Sandra Isabel Tavares Goes posted a photo on her Facebook page in response to Dolores’ message, showing her kissing a Portuguese football shirt with the number seven on it.

She said: ‘Together we will be stronger and Ronaldo will feel that strength. Yesterday, today and always I will be with you.’ 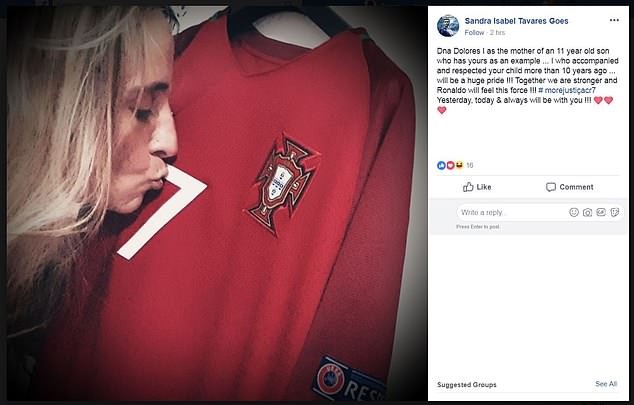