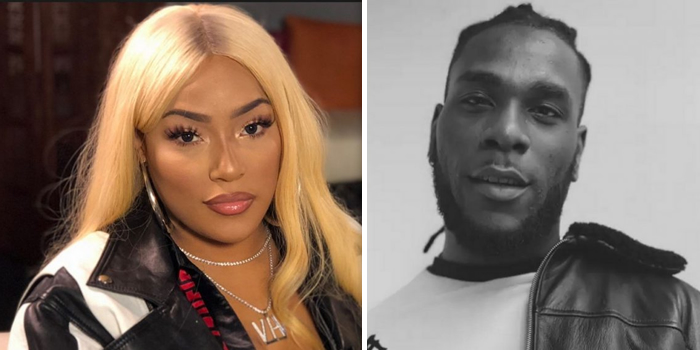 Burna Boy’s girlfriend, Stefflon Don has celebrated her boyfriend after he lost a Grammy to legendary singer, Angelique Kidjo.
The news of Burna’s Grammy loss shocked Nigerians as million were rooting for him to win the prestigious award. However, his girlfriend Steff has celebrated him and called him her number one winner. The singer took to her Instagram page to share a picture of him smiling and called him her number one winner . She wrote “Still my numero uno” 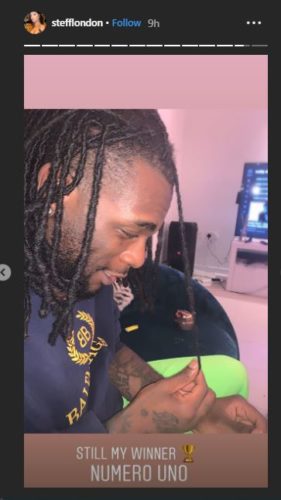