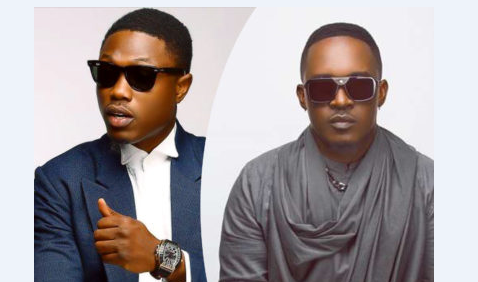 Vector has declared MI Abaga isn’t his friend as he rejected a commendation from the former Chocolate City boss.
You all remember Vector dropped a diss track along with Payper and Vader over two weeks ago to diss MI Abaga who had already thrown jibes at him in a previous record. Vector’s diss track sparked an outrage on social media as music fans were calling for an immediate reply from MI after it appears he was slain on the track. Meanwhile, Vector has taken to his Twitter page to post the lyrics video of the diss track today and MI went under the post to drop a comment of commendation for Vector, hailing him for a job well done.

Vector in some ‘rudeboy’ manner however rejected MI’s praise, telling him they are not friends after MI made the claim.

Vector then responded; “I am not your G. You are typing too much.” 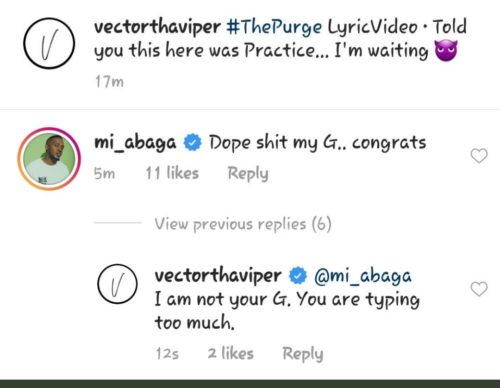