Watch Video: Davido Tells Story Of How 50 Cent Ignored Him In 2014 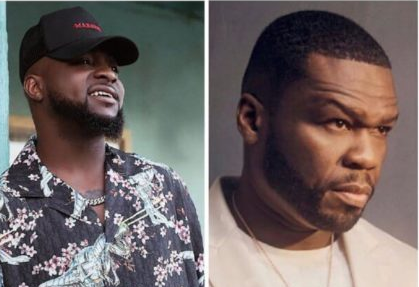 Davido has told a story of how 50 Cent declined him a picture request in 2014 and how he got to perform on the same stage with him 5 years after (2019).
You all would recall Davido was invited to perform at 50 Cent’s premiere for his series, “Power” at the prestigious Maddison Square Garden in New York, United States last month. Davido has now revealed how that dream came through after already being denied a picture by 50 Cent five years earlier. In one of his recent interviews in the America, he opens up to Hot 97 on how the whole scenario unfolded.

Davido narrates how 50Cent once turned down his request to take a photo with him. That was five years ago. A few weeks ago Davido was performing on stage with the same 50 Cent. Never give up! . . Video credit: Hot 97 #GoldmyneTV