Donald Trump plans to revoke the birthright citizenship which allows children of non-citizens and illegal immigrants born in the US to become automatic citizens.

The US President referred to the law as “ridiculous” during an interview for Axios on HBO and said he wants to sign an executive order ending birthright citizenship.

Trump has always criticized the so-called “anchor babies” and now that he is president, he plans to do something about it.

The 14th Amendment of the Constitution, written in 1868, states:

Trump says he can change the law without amending the Constitution and can do so with an executive order.

A preview of the documentary, which airs on Sunday, shows him saying:

It was always told to me that you needed a constitutional amendment. Guess what? You don’t.

You can definitely do it with an Act of Congress. But now they’re saying I can do it just with an executive order.

It’s in the process. It’ll happen… with an executive order. 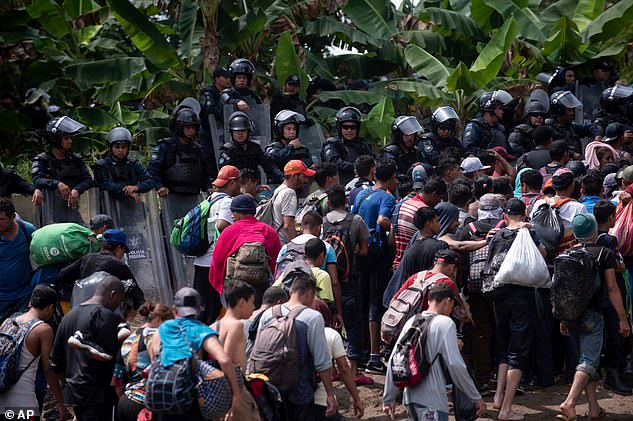 Some scholars have claimed that the 14th Amendment was never intended to give illegal immigrants’ children citizenship and has been misapplied for decades, Daily Mail reports. Therefore, they say, Trump could change the application with an executive order to give birthright citizenship only to children born of legal permanent residents.

Michael Anton, a former national security official for Trump, wrote in the Washington Post that an executive order could “specify to federal agencies that the children of non-citizens are not citizens”.

But others, such as Judge James Ho, who was appointed by Trump to Fifth Circuit Court of Appeals, insist that changing how the 14th Amendment is applied would be “unconstitutional.”

Loading...
Newer Post
‘Christianity left Israel as a relationship, got to Rome as a religion, travelled to England as Politics, but when it came to Africa it became a business’ – Daddy Freeze
Older Post
Screenshot: President Buhari taken to court over the non submission of his certificate to INEC