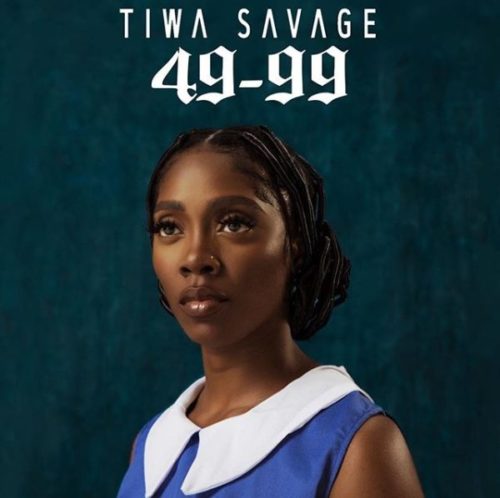 Nigerian superstar, Tiwa Savage has explained the meaning of her latest song “49-99”
Tiwa Savage had an interview with Nigerian-British OAP, Adesope Olajide and satisfied the curiosity of music lovers by explaining what the title” 49-99″ denotes.

According to her, “49-99” is a phrase which was coined by the godfather of Afrobeats, Fela Kuti which means 49 sitting 99 standing, suffering and smiling.

She broke it down using the “Nigerian Molue” as a case study. She explained that a molue which has 49 seats is expected to commute 49 people to their various destinations but would always convey twice the amount of persons with 99 or more either standing or hanging due to poor economic conditions.

This clearly shows a reflection of the Nigerian economy, where the rich get richer and the poor get poorer. Tiwa Savage also revealed that she wanted her first global single to have a strong message. She wants the whole world to know that Africans are smiling and suffering and for her, the best way to pass the message across is via music.