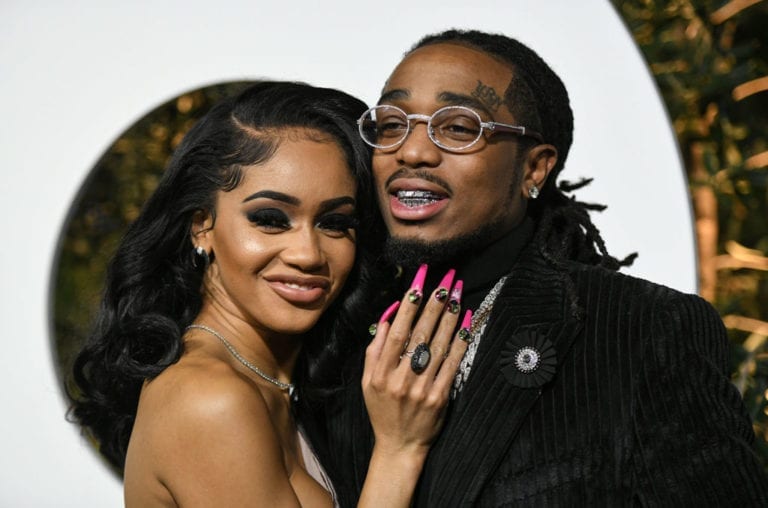 Savage Quavo has confirmed that he did take back the Bentley he got for his ex, Saweetie back in December on a new song.
After 3 years of dating, Migos rapper, Quavo, and his ex-girlfriend, Saweetie ended things a couple of months back. Sadly, since their split, they have come at each other at every opportunity gotten, be it shows, via lyrics, interviews, and whatnot.

However, following their breakup, there were speculations that Quavo did take back the Bentley gift he presented her during her birthday in December of 2020. This is of course after Quavo hinted in a couple of his tracks that he did take it back out of pettiness.

Confirming this act via one of his new tracks on “Culture III”, Quavo made it clear that the rumors are indeed true. The song is called “Having Our Way” and it features Drake. When Quavo ends his verse, he jabs at his ex-girlfriend, saying, “She had it her way, now she out of a Bentley”.