Popular Musicians Who Were Crazy-Good Athletes 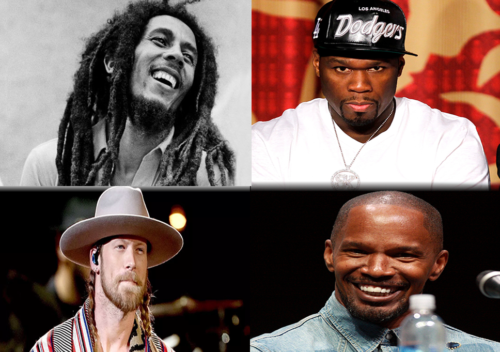 Popular Musicians Who Were Crazy-Good Athletes

The most prominent musicians all over the world have become what they are today due to their superb performances and nicely-put discographies. As good as they are when it comes to singing tunes, would you honestly believe they were athletes way back?

Take a look at some of the most popular Hollywood musicians who were athletes back in the days:

Bob Marley’s secret was not hidden from the public eye when he claimed his passionate love for soccer. At times, he would carry a ball along on every tour stops and start playing in his free time. A known soccer superstar, Alan Cole, also remarked that Marley can create his own turn when it comes to playing soccer as a sport and lead the competition had he not pursue music. That’s how good he is in playing it.

The other half of the country superstar duo called ‘Florida Georgia Line’, Brian Kelley played a role in his popular baseball team as the rising star player both in high school and college.

Way back in high school, he broke a record of 24-8 within his career running for four years. Afterwards, he got 7-1 while he was a senior along with a 2.26 ERA. Seeing these scoreboards today are now possible online. Online sports betting website like Betway lucky numbers betting, puts forth everything to let you know about the latest game statistics. Going back, Kelley also topped 76 strikeouts enclosing in 56 innings of pure hardwork and
dedication. When he finally stood as a junior, he scored 6-4 along with a 2.15 ERA and 53 K’s in 46 innings. Finally, he got a perfect score of 9-0 in his sophomore year. It came with a 1.18 ERA, 54 strikeouts and a no-hitter.

As soon as the games finished, he played at Florida State and Belmont. This was the point where he put ‘playing guitar’ as his hobby on the school website. Despite all the hardwork and dedication he put into the world of baseball, he didn’t make it to a major competition.

Taking the world into a storm with his famous songs, it’s not rather surprising that the rapper and actor 50 Cent (also known as Curtis Jackson) was a well-known boxer with an established reputation. Back then, he even reached his peak to compete in the Junior Olympics back in 1980. He started his boxing journey when he was 11 years old.

He proved his versatility in the entertainment industry when he bravely challenged the world of acting aside from pursuing music. He is known as a successful all-rounder due to his many appearances in both television and music industry. With that, it wouldn’t be surprising to note that he also stepped in the world of sports too. Foxx dove in American football, basketball, and gridiron when he was in high school. He carried all these experiences and
put it into practical use when he finally played as an aspiring quarterback in Any Given Sunday.