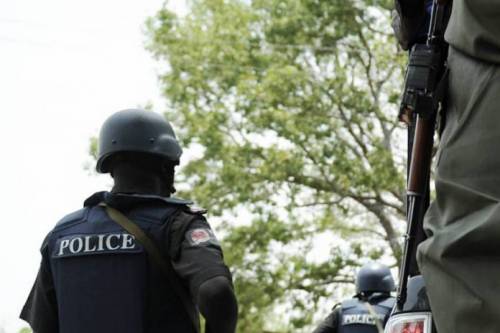 Police rescue 4-year-old girl who was kidnapped in Kano State, arrest three of her abductors

The Kano State Police command have rescued Khadijat Rilwanu, a four year old girl who was kidnapped two weeks ago and arrested three of her abductors in the operation.

“On interrogation, two female suspects of the same address were arrested and a victim, one Khadijat Riliwanu, four years old of Wailari Quarters, Kano was rescued at the residence of the female suspects, while investigation is in progress.”

Iliyasu said 10 other suspected bandits were intercepted at Koki Quarters in a Toyota Hiace Bus, heading to Badawa Quarters.

When the vehicle was searched, they were found to be in possession of 22 dangerous weapons, including long knives, short knives, large quantity of hard drugs, and intoxicating/hallucinating substances, with new weapons of violence, known in local parlance, as ‘fate-fate tsitaka and ‘barandami’.