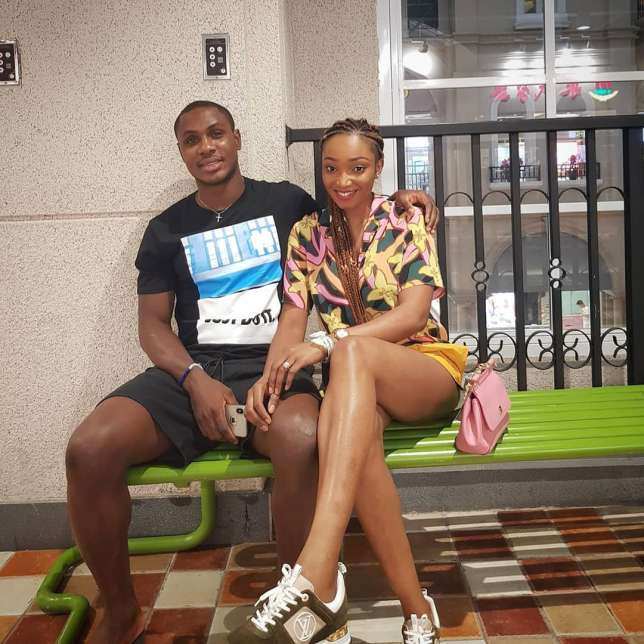 Jude Ighalo’s wife, Sonia who reverted to her maiden name “Adesuwa” on March 20, has fired back at her critics.

Recall LIB reported yesterday that Sonia ignited speculation of a marital crisis weeks ago after she dropped shades via her Instastory in which she alleged that her husband staged a party barely a week after he lost his sister. She also alleged that her husband was “celebrating in the name of an orphanage”, while his sister’s children who are now orphans are in deep pain in Canada. Her recent move of changing her Instagram handle from @sjighalo24 to @desuwa30, led to renewed speculation of a marital crisis.

Reacting to the troll comments that ensued thereafter, Sonia stated that those coming at her never knew her husband when he was in lower clubs and when he missed a goal at the World Cup in 2018. She also insinuated that she was present when her husband signed a 6 months contract with Manchester United in January. 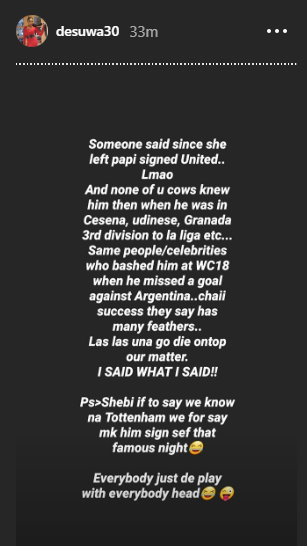 She also insisted that her husband woke her up with a birthday call. Sonia added; 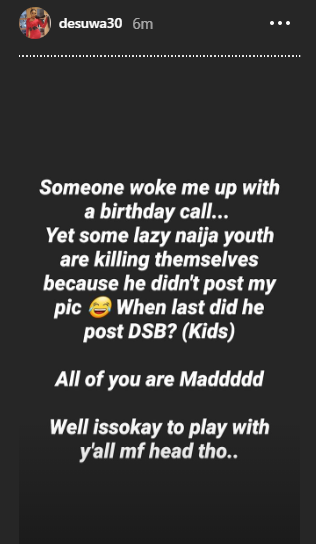