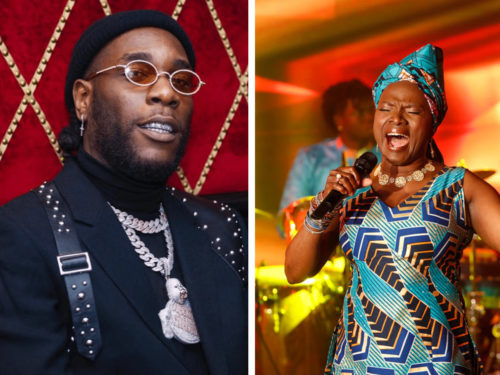 Nigerians have taken to Twitter to react to Burna Boy losing the Best World Music Album Grammy award to Legendary singer, Angelique Kidjo.
Angelique Kidjo’s Grammy garnered several mixed reactions from Nigerians and they are quite upset. Music fans believe that Burna Boy should have been given the award because his album was more recognized and also had commercial success. On the other hand, some explained that the Beninese legend truly deserves the award and that Burna would surely win the prestigious award in the future.

What’s your take on this? Who should have won, Burna Boy or Angelique Kidjo

See some of the tweets below:

Burna Boy didn’t win the Grammy, so what? He is a living legend, the African Giant. He will come back stronger and better. Long live King Burna 🦍🦍🦍🦍🦍🦍🦍 #Burnaboy pic.twitter.com/6KEOBREiJH

Africa is proud of you #Burnaboy pic.twitter.com/e06OuYF2BH

Grammy or not, Burna being nominated with a legend/mentor like Angelique Kidjo is a big win for him. Still The African Giant. 🦍 #GRAMMYLive pic.twitter.com/Vj8Bs5Zefu