In Less Than 6 Months After Storming The Music Industry, Rema Appears On A Billboard In New York, US 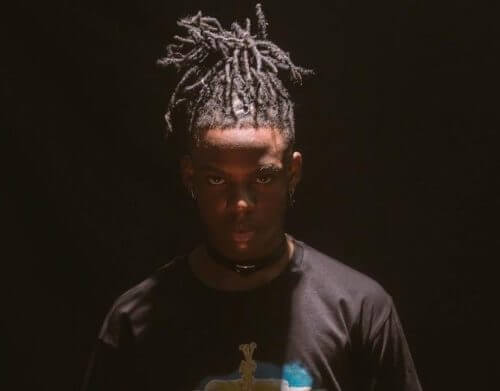 Mavin Records and Jonzing World teenage sensation, Rema, is starting to live his dream as he appears on a billboard in New York, United States.
The singer who came onto the music scene just six months ago has achieved even what some of the biggest players on the Afrobeat scene are yet to achieve. The singer just about a month ago shared on his social media pages which his record label help to spread, a huge achievement on digital streaming platforms. The young-talented singer achieved 50 million streams on all digital streaming platforms combined and yet again, another huge feat has been reached.

The singer has been seen on a billboard in far away United States of America in just a really short space of storming the music world. Although since Rema had his breakout, there has never been any doubt about his talent and his potential to growing to being one of the biggest music stars in the country, however, the insane achievements he is having is what is shocking to music fans as they are coming too rapidly. It is agood sign though.

Today marks 6months since the Bad commando REMA got activated. In that short time he has gone from the Mavin studios to Obama’s playlist and now billboards in Time square and LA. We are soooo grateful for the love and support you have all shown. Thank you guys. Thank you @youtubemusic cc @heisrema @thejonzingworld @dprincemavin @mavinrecords

We say many congratulations!