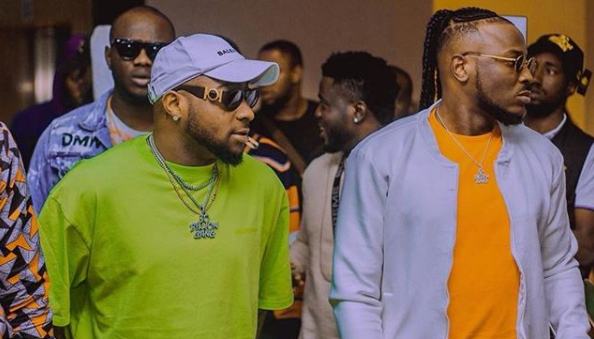 Peruzzi has paid maximum tribute to his record label boss; Davido, for his support for his career ever since their path crossed.
Peruzzi got signed to DMW by Davido in 2017 and ever since he got signed, his career has blossomed and taking an entirely new level. The singer has dropped hit singles; featured on massive collaborations, performed at numerous music concerts and gotten one or two big endorsements. Peruzzi under the supervision of Davido has now become a household name in the music industry. He has an E.P to his name and freshly just dropped his debut album; “Huncho Vibez.”

All these successes are what the singer has put together and decided to thank Davido for. He took to his Twitter page to pay the tribute and appreciate his guardian for the great tutelage given.

He wrote; “I Still Don’t Know How The Connection Got This Deep. I Thank God Everyday For This Man. Words can’t Do It. All the times he saw me breakdown, he cried too. @iam_davido I’ll Never Let you Down”.