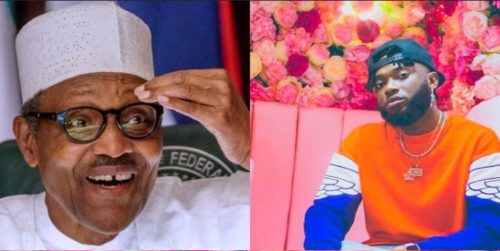 DMW rapper, Dremo, has just developed some gut, swearing at the president of the federal republic of Nigeria, Mohammed Buhari.
The “Chairman” crooner took to his Twitter page some hours back, wishing the president who turns 77 years of age a happy birthday and then cursing him out in the aftermath. This move by Dremo has seen a lot of mixed reactions created, with some people supporting his post while others are fiercely against it as they believe some sort of respect should be shown towards the number one citizen of the country.

Dremo who has never been involved in any major controversy seems to be really saddened by the tyrannical nature of Buhari’s government, hence the reason he decided to go all out, turning his back against any consequence that could sprung up as a result of his Twitter post.