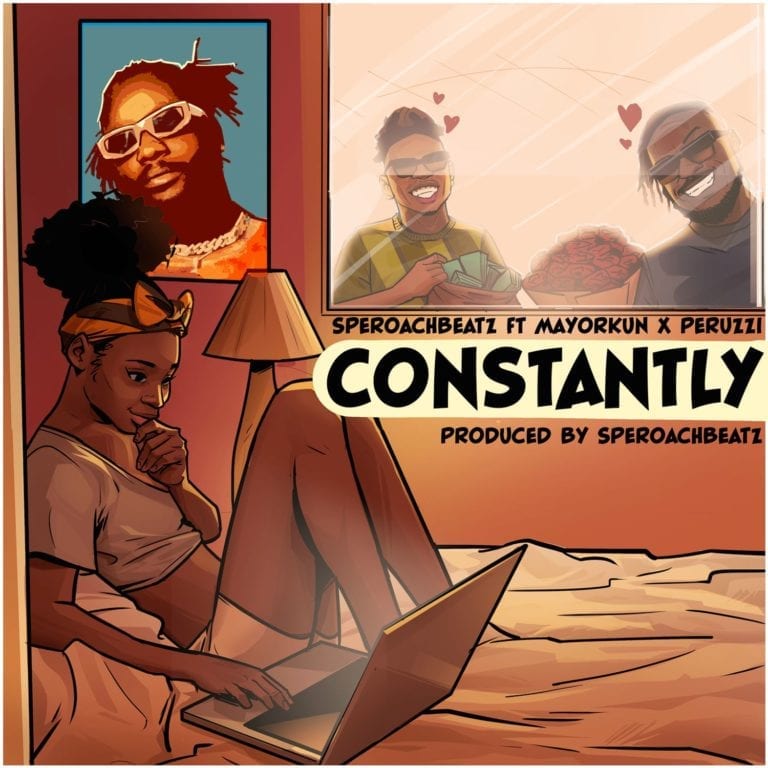 The Jam which Mayorkun has been previewing on social media (Constantly) owned by SperoachBeatz with additional vocal from Peruzzi is Finally Out!!!
DMW/30BG in house producer, SperoachBeatz drops his debut single titled “Constantly“, he employed the services of the label’s melody machines, Mayorkun and Peruzzi to deliver this Afropop – Amapiano tune.

Speroach is an Award winning producer who started producing professionally in the year 2013. He met with Peruzzi and become his personal producer. When Peruzzi signed a record deal with Davido Music Worldwide (DMW), Speroach Beatz became affiliated with the label too. He came to limelight in 2018 after producing the song ‘Amaka‘ by 2Baba (which featured Peruzzi). The song trended for several months and topped different music charts in Nigeria and outside. He followed this up with another hit song, Assurance by Davido. This song was also released in 2018 and Since that moment he has grown into one of the highly paid music producers in Nigeria and Africa.