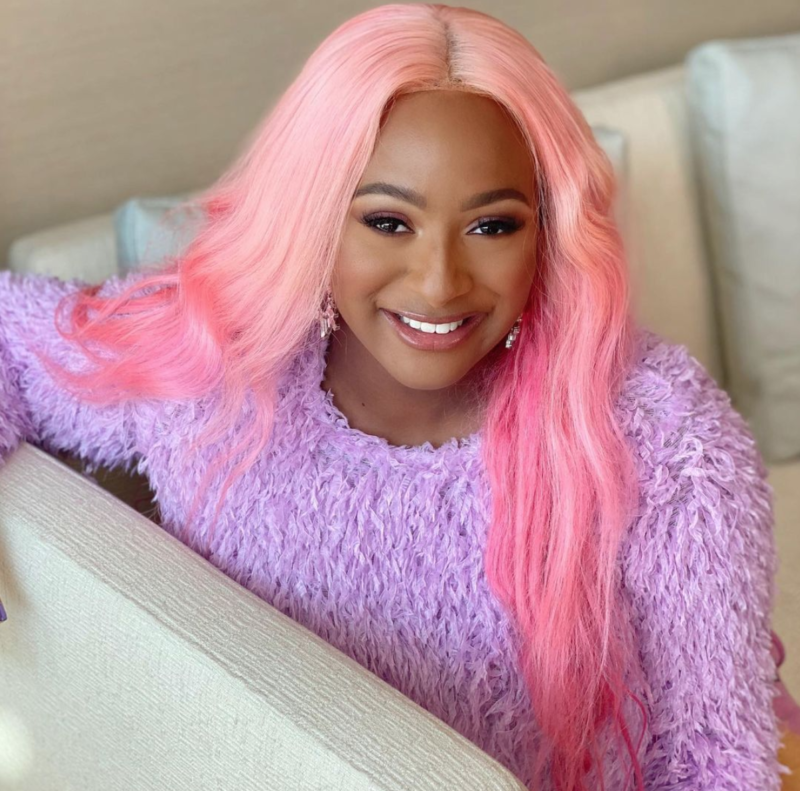 Following the Lawsuit filed against one of Davido’s PA, Israel Afeare, DJ Cuppy’s lawyers demand a public apology for his libelous statement.

Israel Afeare, Popularly known as IsraelDMW is being sued for his statement regarding Dj Cuppy’s fall out with Zlatan Ibile. Recall in January, DJ Cuppy revealed that her Gelato partner, Zlatan, blocked her on all social media platforms with no explanation. Davido’s PA responded by informing the public that Zlatan didn’t make money from their hit song, Gelato in 2019. He also claimed that Zlatan wasn’t cared for her famous fundraising event in Abuja where she made billions of Naira but failed to cater for Zlatan’s accommodation, feeding and the singer had to use his own money to fund his and the team course of stay for the event.

This allegation didn’t sit well with Nigerians who accused Dj Cuppy of being greedy and also a fake friend. On the 1st of February, Cuppy responded with a post that Israel would be hearing from her lawyers soon. Popular musician and Israel’s Boss, Davido’s response to Cuppy’s post was “ TULE!!”.

On the 10th of February, DJ Cuppy’s lawyers, Babajide and Koku co, sent a legal letter to Israel with some demands concerning his allegations against Cuppy.

The letter states that there was no contractual breach between Cuppy and Zlatan. The letter also demands that Israel should cease and desist from any libelous and defamatory statement against Cuppy, her business and brand.

The Letter further States that Israel Afeare is to write a letter to the Public containing a suitable withdrawal and apology for the allegations. The demands of the letter are to be met by Israel within 7 days of reception and Dj Cuppy will be compensated by Israel Afeare for her costs in the matter. 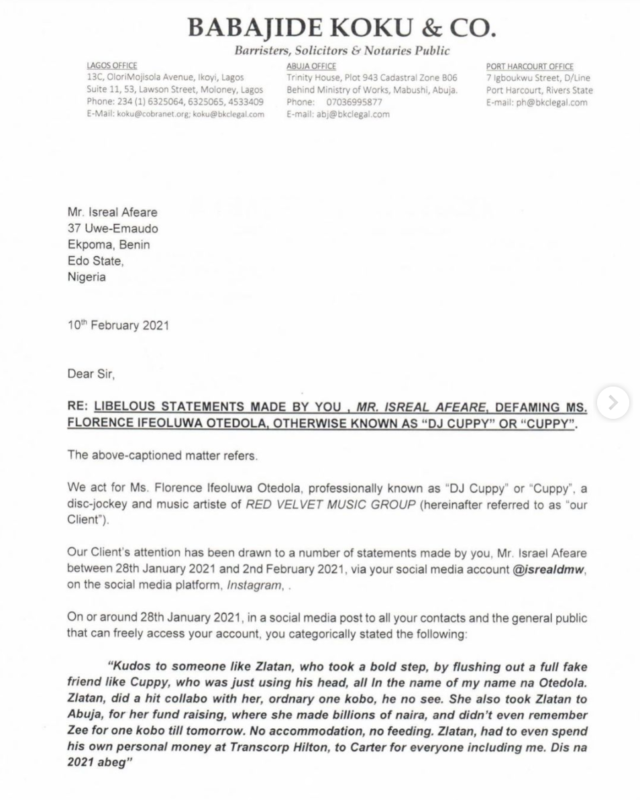 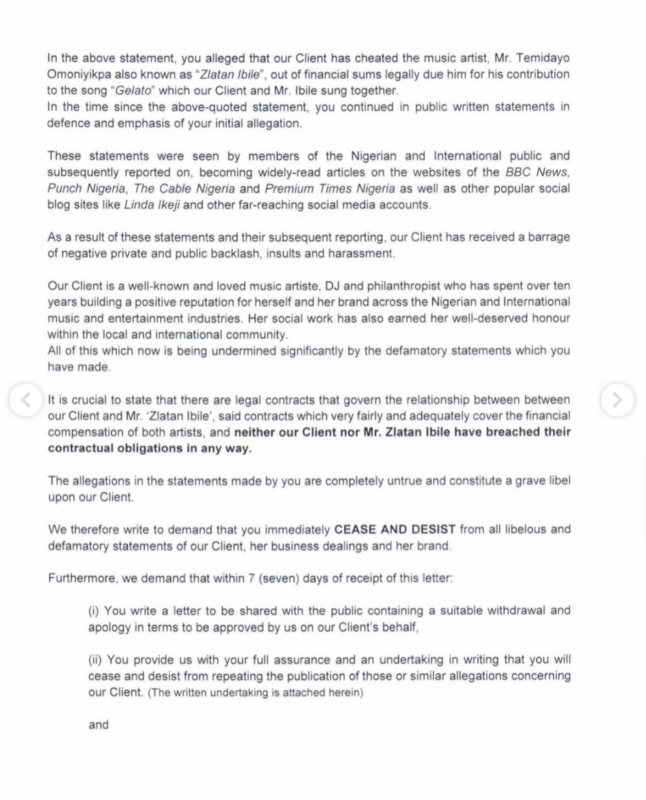 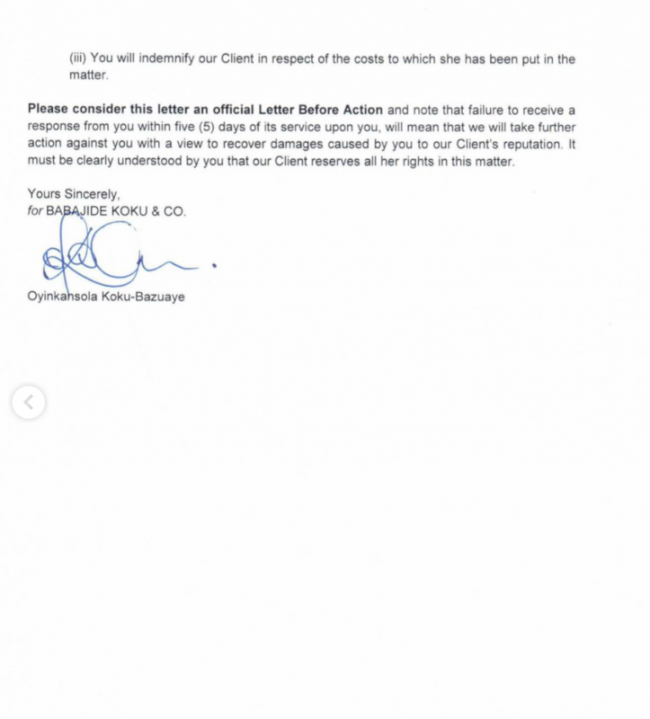