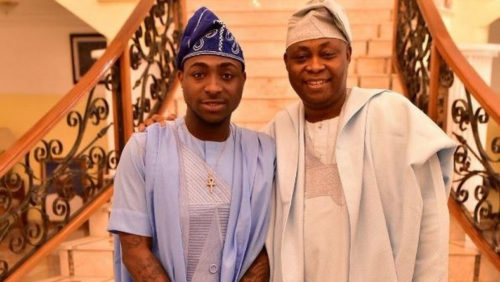 Davido Responds To Critics Slamming His Dad For Buying A Jet Worth 22.7 Billion Naira

Sensational singer, Davido has responded to those criticizing his father for lavishing on a brand new jet.
Recall that the “Risky” singer’s billionaire dad, Prince Adedeji Adeleke made the headlines after acquiring a brand new jet worth 22.7 billion naira. The singer’s father was congratulated by thousands while others slammed him for lavishing money when there are millions of people suffering in the country.

Taking to his Twitter page to complain about the bad roads in Ede, Osun State, a Twitter user reacted and queried him about his father’s spending. He asked why his dad couldn’t channel such a huge amount of money to help fix the bad roads. Davido responded saying his dad could do more than that if he was given the chance but some unidentified persons are stopping him.