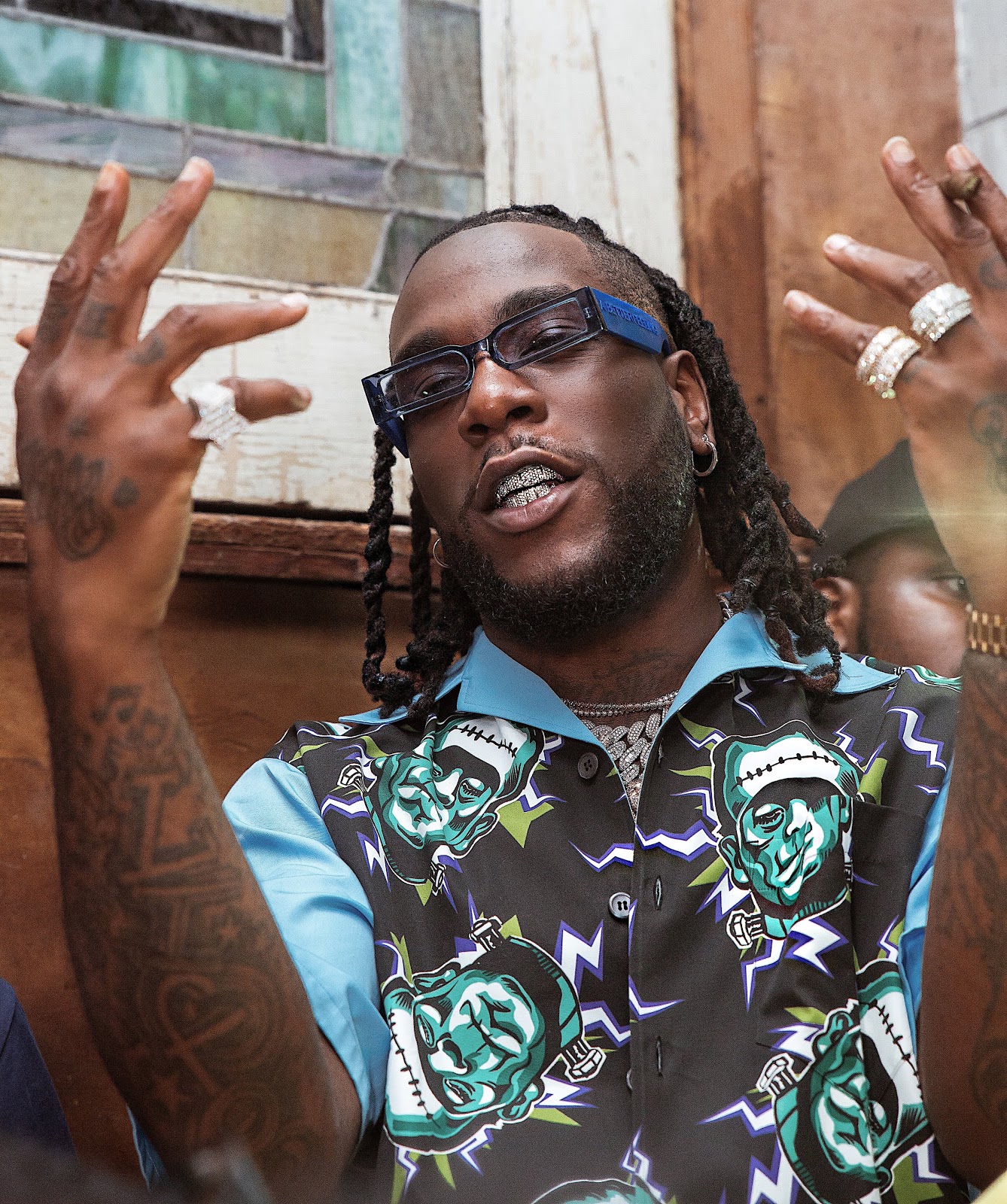 The year started off great for the Afrofusion artiste Burna Boy with hits like “Killing Dem”, featuring Zlatan, “Dangote”, “Anybody” and “Pull up”, which was released on Monday 22nd July 2019. This 7th body of work is a testament to his development and growth as an artist.

It is often said, both in religious texts and folklore, that the number 7 is an auspicious sign from our guardian angels that one is on the right life path. It means one will overcome all obstacles and realize success in all endeavors.

Every song on this album stands out, from the musical arrangement to the message which is both introspective and thoughtful.

We are treated to the sounds of the motherland – Africa, with collaborations from Grammy award-winning musicians Angelique Kidjo and the “Junior Gong,” Damian Marley on the track “Different” and features from a cross selection of critically acclaimed artists like M.anifest from Ghana, Jeremih, Future and YG from the United States, Jorja Smith from the United Kingdom and Jamaican dancehall artiste Serani.

Known for philosophical messages of holding steadfast to achieving one’s dreams, standing up for the right and just, calling out bad leadership and rising up to change our society, Burna Boy presents this album artwork with hidden details, clues, and tributes. The album artwork is inspired by the first Nigerian Ten Naira note on which Alvan Ikoku, one of Nigeria’s foremost educationists, free primary education activist and advocate for learning/gaining knowledge was immortalized for his belief in one’s ability and right to be free to pursue a better life. Some other clues and tributes are “BB 7” – Burna Boy 7 representing his 7th body of work; serial style numbers representing his date of birth, images of his Grandfather, Father with him as a baby depicting generational transition, stack of gold coins suggesting a single African currency backed by gold making it the strongest currency in the world and the image of Burna Boy which depicts the true African Giant whose values are a combination of some of Africa’s greatest leaders from Obafemi Awolowo to Nelson Mandela to Muammar Gaddafi and Fela Anikulapo to name a few.

The road to the African Giant album started with the African Giant tour with performances at The Apollo Theater NYC, Coachella, The Ends festival, Afro-Punk to being named Apple’s Up Next artiste to winning a BET Award and then a live performance on The Jimmy Kimmel Live Show.

On Tuesday, July 23, 2019, in Los Angeles, California Okay Africa, and Hennessy hosted a listening party for the album

Burna Boy is currently on the second leg of his African Giant Tour with his band. 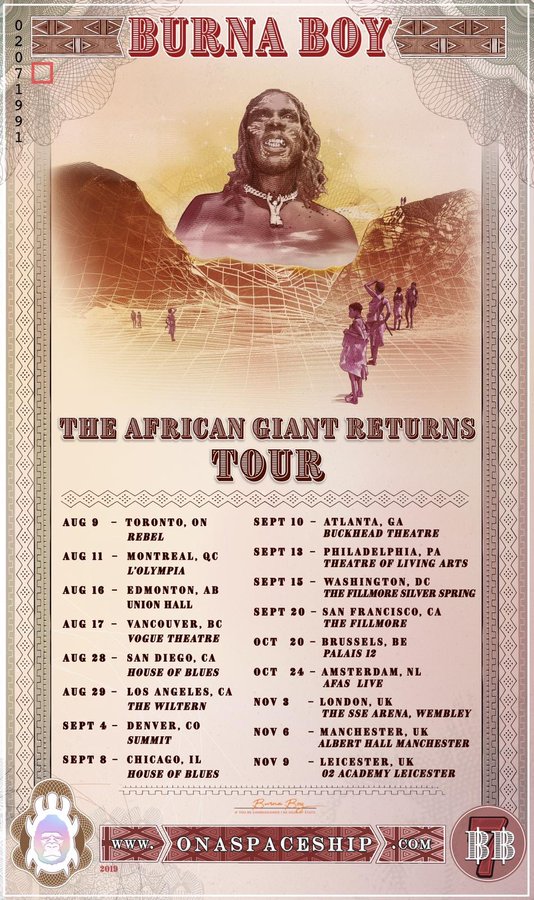