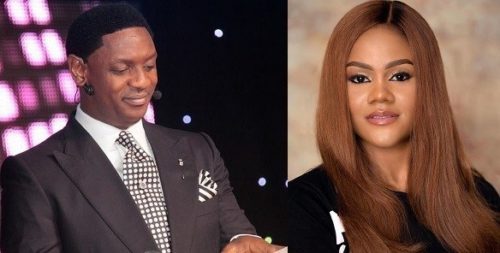 A shocking news has just sent the whole country in disarray as Timi Dakolo’s wife, Busola Dakolo has revealed that popular socialite pastor and the pioneer of The Commonwealth of Zion Assembly (COZA), Pastor Biodun Fatoyinbo forcefully had sexual intercourse (rape) with her when she was just a teenager.

Busola while on an interview with Chude Jideonwo the founder of Joy INC., revealed Pastor Biodun Fatoyinbo of COZA deflowered her by raping her when she was at the age of 18.

Busola also revealed he already became a pastor and had already set up COZA when he performed such vicious and despicable act.

The interview comes after Timi Dakolo called out the Abuja-based pastor over his alleged sexual relationship with female members of the church, even as he encouraged other victims who have gone through the experience to speak up.