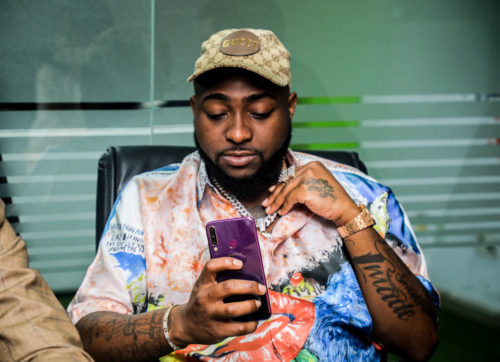 Davido has disclosed the title of his upcoming album to music personnels and close fans.
He made this disclosure at a dinner meeting he had with his friends and music business executives at the Landmark Towers in Victoria Island, Lagos.

He revealed the title of the album would be “A Good Time” and he explains the reason behind the choice of name.

He said the name is as a result of what Nigerians are achieving now and the accolades we are getting especially in the area of food, music, culture and the rest.

He revealed it’s a good time to be alive and to be a Nigerian and so he chose that name for that reason.

Davido also hinted that the album would consist of 10 to 13 tracks and it would feature the biggest names in the American music industry. 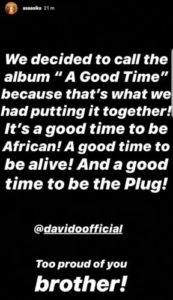 “Do Not Be Fooled, Most Of These Artistes Are Dead Broke — Ilbliss Advises Fans