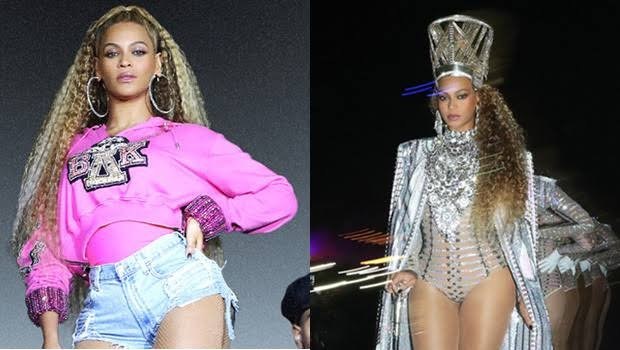 Beyonce got 6 Emmy nominations for ‘Homecoming’, including the nomination for Outstanding Costumes

Beyonce’s “Homecoming” was nominated for 6 Emmys and one of them was for the iconic costumes she performed in.

Bey’s performance at last year’s Coachella, now fondly called Beychella, was a trending topic at the time. It trended again when the Netflix Special, Homecoming aired. People were talking about, not just her performance, but the creative costumes. So, it’s understandable that she stands to win awards for the documentary and costumes.

The 2019 Emmy nominees were announced on Tuesday, July 16, and Beyonce was among the long list of television nominees. She was nominated in the Variety Special categories for her Homecoming documentary, which documented the behind-the-scenes work that went into her iconic Coachella 2018 performance.

Meanwhile, Twitter users are excited about this and can’t stop tweeting about it. But some feel Homecoming isn’t a movie or a TV series and shouldn’t have been nominated.