Apart From Mega Hit Songs, ‘Music Video’ Is Another Thing That Makes Davido The Biggest & Baddest In The Game… “1 Milli Video Review 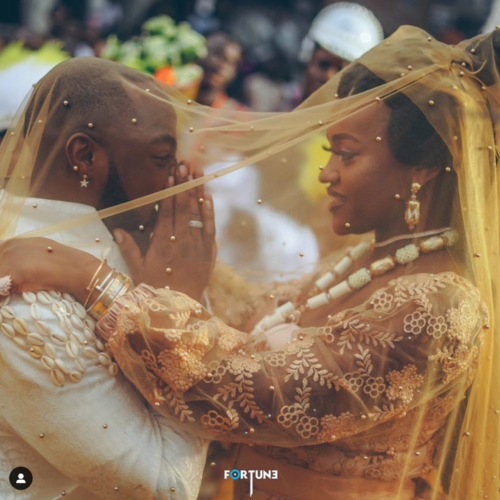 When it comes to giving a review about Davido‘s music videos, i just feel it always would be a case of repetition of opinion. You will definitely always have extra-extra-positive remarks about them, and “1 Milli’s” visual isn’t anything different.

At first, when i saw some clips from the shoot before it dropped, i was like this definitely will be the first Davido music video i would have reservations about because i didn’t like the direction (the short clips showed me) it was going.

But seeing the video when it dropped. Bruhhhhh! Davido thinks, his team and every other person contributing to his craft. This video is innovative, crisp, interesting and most especially, fun.

This is the best music-video i have watched in the last 13 months and i am not capping.
Ratings – 10/10 (Fantabulous)…. By Oluwanifemi Taiwo

Hmmm… Davido! Davido!! Davido!!! This is one act that puts his all into his work, craft and project. That why i still Rank him as Nigeria’s biggest music export, No. 1, The Baddest in the Game. When it comes to delivering, he just doesn’t stop at audio alone, he puts extra effort into his video also. ‘1 Milli’ visuals is another addition to his list of extravagant and Elegant musiv videos.

As we all know Davido puts most of his videos out in a story line with appreciation to the Black Heritage. (‘IF’, ‘Fall’, ‘Flora My Flawa’, ‘Nwa Baby’, ‘Wonder Woman’ to name a few are some of his past work). On this new one, ‘1 Milli‘ Davido went as far as using the Ijaw tribe for the bases of the music video (Why i stated ‘Far’, reason be that Davido is a Yoruba boy from the West and his soon to be wife, Chioma is an Igbo girl from the East But he chose the Ijaw’s South South to tell his story).

The Ijaw people are an ethnic group scattered along the coastline of the Country, the focused one here are the South-South, Niger Delta. Dowry paying (Bride Price) in this part of the Country (Nigeria) is different from every other tribe. The Dowry is been done in two forms; the ‘Smaller‘ and ‘Larger‘ way of paying Bride price (They perform their Marriage ceremony Depending on the strength of the Groom family coming for the bride’s hand in marriage).

The ‘Smaller’ aspect – the groom gets to pay a suitable (small) amount of money to take his bride but their children can still trace the mom’s (i.e bride) roots back and come home to claim rights to bare Ijaw. Which means the Bride’s family can still come for their grand children later in life.

For the larger form of Dowry, the groom pays a huge amount of money and holds a festival of celebration to take his bride away from her father’s tribe completely. Here the grand children can’t trace roots back home to claim rights.

Back to the main course (1 Milli Video Review), Davido used the ‘Large Dowry‘ form of the groom taking his bride in the Ijaw tribe to explain and show the strength of his hit song ‘1 Milli‘ (and of course his love for Chioma). That’s why you can see beautifully dressed women (in white and different attires) surrounding Davido, dancing along with him as he steps forward to get his Bride at the beginning of the music video. And lots of the community people in Festive mood because Davido has paid a large sum of amount (1 Million Dollars) to come take their beautiful Daughter/Sister.

Also in Ijaw’s Marriage ceremony after paying the Large Dowry, with lots of singing and dancing the bride is been escorted with her husband by the Women in the family and friends with well wishes come around for an after party celebration. Which was shown in the second scene of the music video till the end.

Not all Nigerians know this but Davido in one has opened us more to know about our culture and norms. This why he is The Baddest!

The video is superB, it’s a serious (captivating) one that will make you pay attention and smile all through. Also love the fact that its different from his regular 30BG squad videos. With the Arrangement and Organisation of ‘1 Milli’ Music Video, I Rate… 10/10 (Reviewed by Tomiwa)