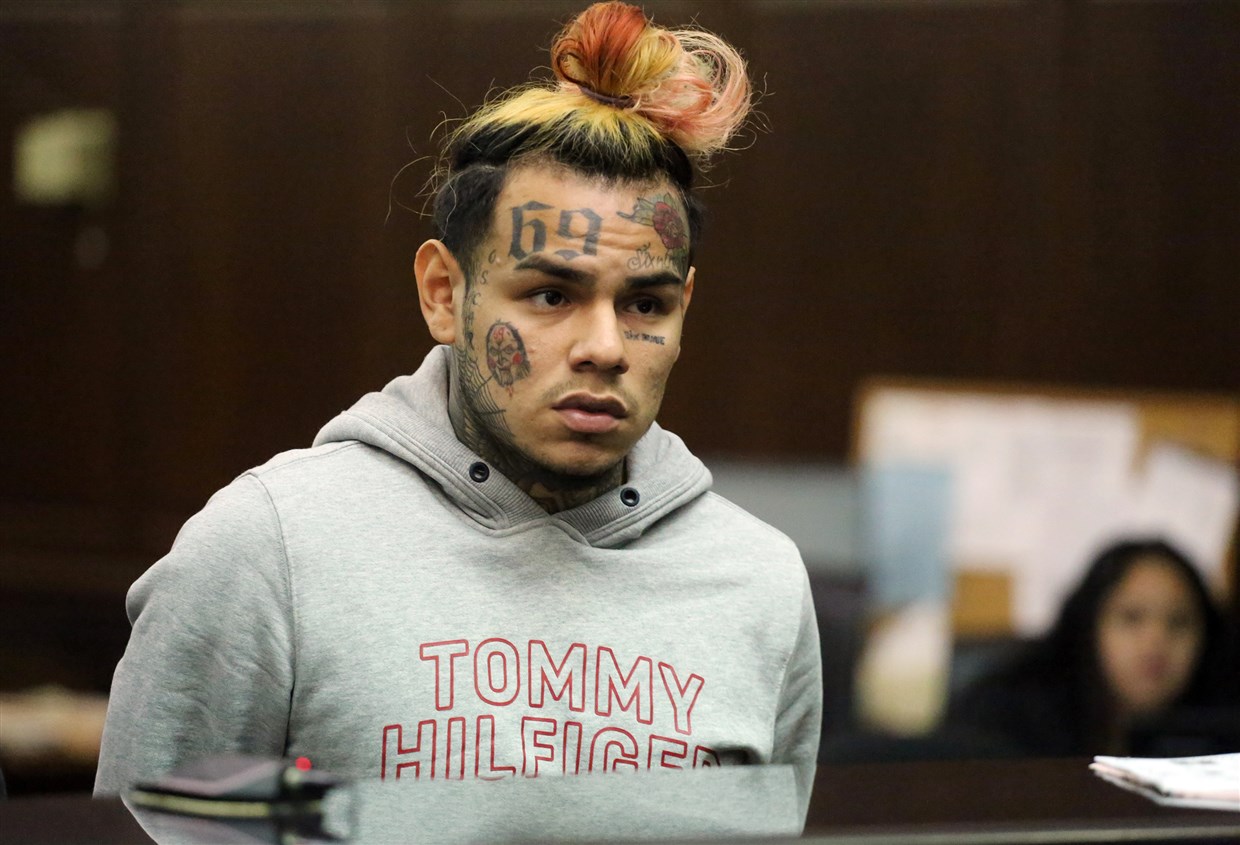 American rapper, Tekashi 6ix9ine has finally explained why he snitched on his gang members to get a lighter sentence. Recall that the rapper was sent

American rapper, Tekashi 6ix9ine has finally explained why he snitched on his gang members to get a lighter sentence.
Recall that the rapper was sentenced in December after he testified against members of the Nine Trey Gangsta Bloods gang. His testimony in court earned him leniency from charges that could have subjected him to a mandatory minimum of 37 years in prison for crimes that included orchestrating a shooting in which an innocent bystander was wounded.

A U.S. District Judge ordered the release of the rapper on the 2nd of April, 2020, calling for him to serve the last four months of his two-year sentence at an undisclosed location over concerns that the rapper who has asthma, would be at risk of contracting the novel Coronavirus in federal prison.

During an Instagram live session that broke Instagram records with 2 million viewers, Tekashi addressed being calling him a snitch after testifying against his gang members during the trial. He slammed those who questioned his loyalty, as he wondered where the loyalty was when his gang members were sleeping with his baby mama, beating him up and sharing the video on social media, trying to kidnap his mother and also calling a rival gang to kill him.

Loyalty goes both ways: Why I snitched on my gang members to get a lighter jail sentence – 6ix9ine