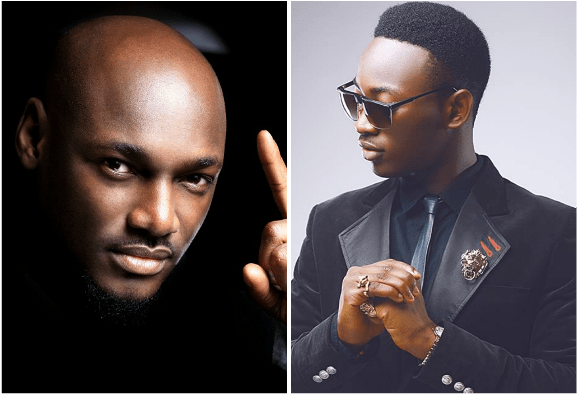 Legendary Nigerian singer, 2baba has explained why he didn’t help Dammy Krane during his stay in his record label, Hypertek.
Dammy Krane shared a photo of 2baba’s message to him on Instagram. The singer confessed to not doing much for him while he was still signed to his record label and blamed it on the legal issues he was experiencing at that time. 2baba applauded Dammy Krane and is proud of the fact that he was still able to make a name for himself without much assistance.

He wrote: “Dammy u know I tell people that I didn’t do much for you because you made yourself. You have a good charisma and you’re so alive with your movement. I wish I didn’t have all that legal sh*t when you were in Hypertek”,

@official2baba I will continue to celebrate u King! This message inspires me daily to make sure I do more for everybody I can reach 🙏🏾🧡 20Years&ForeverAKing